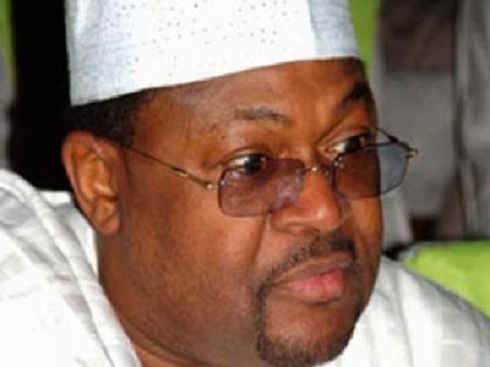 Chairman of Globacom Lmited, Nigeria’s Telecommunications Giant, Chief Mike Adenuga has reportedly started preparing for his exit from this world with an expense of a whooping N200 Million for a burial site where he will be laid to rest.

The burial site, which is located at Vaults and Garden, an ultra modern cemetery in Ikoyi, Lagos is now final resting place of the rich and affluent.

According to reports, to get an average space in the cemetery would cost about N750, 000 and above. But if you would rather live an even more affluent life after death, N40 Million would get you some of the executive spots.

Report has it that even the super-rich have their own corner. Adenuga’s recently deceased sister had one of these to herself. The Globacom boss paid N200 Million to secure a space for his sister. Her next door neighbor in this exclusive section is Gboyega, son of another super rich man, Otunba Adekunle Ojora and his fashionable wife, Ojuolape. Gbegi, like he was popularly known, was born in 1960 and died in 2011.

Right next to him is one of the founders of GT Bank, Tayo Aderinokun. His final resting place is not only very wondrously decorated, but also boasts of his two giant photographs, smiling on those that are still living. We were informed that before the trio, however, is that of a true man of God, like it is dubbed inside the cemetery – the final resting place of former Redeemed Christian Church of God minister, Pastor Eskor Mfon. Born in 1953, he died in 2007.

It is quite wondrous that these rich are spending so much amount of money to get a posh burial ground, but wouldn’t the money be better served on the living, perhaps, donated to a charity?