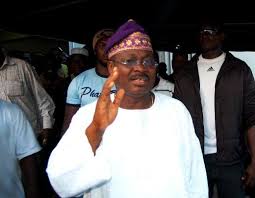 Following the petrol tanker fire disaster that left about 22 people dead in Ibadan, the state government through the Chairman of the Adhoc Committee on the Molete Fire, Mr. Gbade Lana has banned street trading.

Lana, who also doubles as the state’s Commissioner for Information, said the government has set up a committee to the effect. The Committee comprises three other commissioners- Trade, Investment and Cooperatives; Environmental and Habitat and Physical Planning and Urban Development.

Lana, according to report made available in The Nation newspaper announced that street trading by anyone will be met with the appropriate sanctions.

His words: “I appeal to residents to cooperate with the government by obeying the directive. Similarly, my appeal goes to the opposition not to take political advantage of this administration’s genuine love for the people.