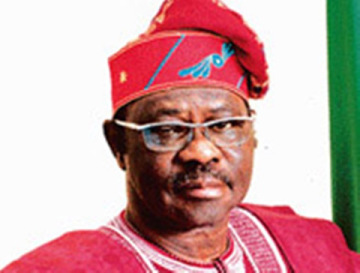 As I carefully skimmed through the headlines of yesterday, one of them was “Ahmadu Ali Tells Nothern Nigeria to Plan Candidate For 2019” and I shook my head in disgust and despise for Nigeria and the blindness of majority of its citizenry. It is now clear however, that most of our ‘statesmen’ take 2015 (elections) as simply a matter of power, not an issue of state of the nation.

Having been born in the ‘North’ and being an ‘Northerner’, I still preferred a Fashola/Okorocha v Goodluck/Sambo presidential election. Does that in anyway show that I am not ‘loyal’ to my region? No! It simply means that I have learnt to look past where you come from and see what it is that you can do (for the nation).

This statement made by ‘Sir’ Ahmadu represents one of the many factors why the Nigerian nation has kept rotating around since 1960 in a rather stagnant and pathetic state. People would want someone to be elected for no other reason apart from his tribe, region or religion. The blindness in Nigerians has done so much damage and the people don’t even see it, they think it’s the turn of their region to share the ‘national cake’ and nothing more. That is why when a ‘Chukwudi’ is president for eight years, people expect him to handover to a corrupt ‘Sadiq’ or an incompetent ‘Adewale’ rather than handing over to a competent ‘Chinedu’ simply because they are from the same region.

A most recent example is the way the Nigerian nation negatively reacted to the proposed Buhari/Fashola ticket for no other reason than the fact they are from the same religion; a shameful slap to the face of a giant. The question that comes to mind when all these things happen is, is Nigeria truly one nation or just a geographical location with people within it?

Many Nigerians simply view the forthcoming elections as a chance to give power to a region or religion or something along those lines but, in actual sense, it’s about much more. It’s about restoring the pride of a battered giant, it’s about making the fallen elephant stand once again. The elections are about how to move forward and to reject stagnancy.

Until most Nigerians wake up to embrace the fact that region and religion should not be counted as criteria for electing an individual, the nation shall always move one step forward and two steps backward.