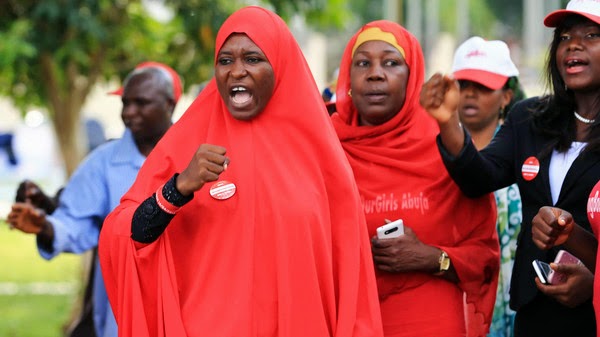 Aisha Yesufu Co-convener of Bring Back Our Girls Group has blasted President Muhammadu Buhari over his ill performance as a president.

“Dear President Muhammadu Buhari @MBuhari your tweet below says it all about your hypocritical stand.

“Your tears, words, tweets were never about Nigeria but about your need to come & enjoy the perks of power.

“You have failed as the Minister of Petroleum & more so as the President. She tweeted

The BBOG co-convener said the president has failed as a minister of petroleum for turning deaf ear to the lingering fuel crisis situation officially.

According to her, President Buhari is swayed by power therefore ‘lacking in wisdom, integrity and values despite his age.’

“What type of President are you? You have not had the decency to address the Nation on the crippling effect of the fuel scarcity that many are suffering. You may have Kano people in your pocket you sure dont have the rest of us there.

“At your age one would have expected you have seen it all and not be swayed by the temporary insanity of power but alas age does not mean wisdom, integrity, values and character.

“So what has happened now that is different from 2nd March 2015 when you made that tweet during fuel scarcity? That you became President? What a shame! Power that is transient? Somebody was there before you and somebody would be there after you. What’s the big deal

“I don’t blame you i blame the timid, docile and irresponsible citizens of Nigeria that would fight themselves on the queues at the filling station instead of coming to Aso villa to fight you. Shamefully I am one of the citizenry. Be warned one day we would no longer take it!

“Nigerians cried over killings and molestation by the Police you turned deaf ears. Fuel scarcity you equally have turned deaf ears. We are counting! We would remember! Its a debt we would not forget. Our day to turn deaf ears too would come God willing!

“Mr President the first thing you should do about this fuel scarcity is to fire yourself as Minister of Petroleum and get a competent hand to be one, that’s if you would recognise competence even if it hits you in the face! she added.