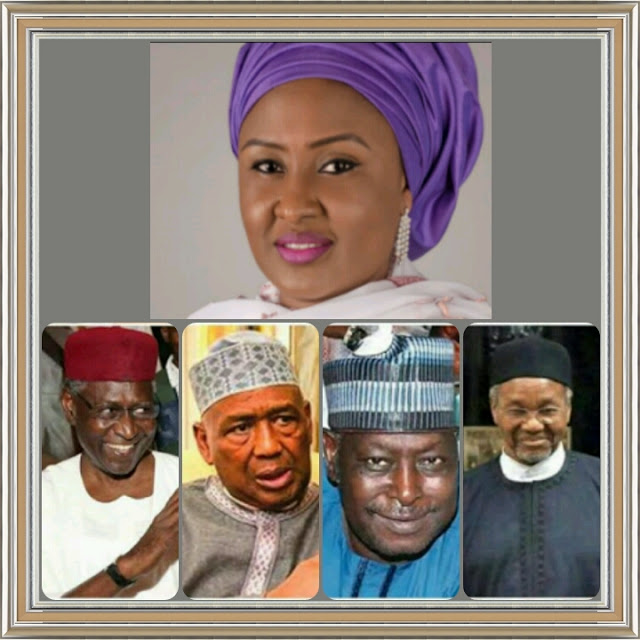 By Farooq A. Kperogi, Ph.D. Twitter:@farooqkperogi

Mrs. Aisha Buhari bucked tradition by openly criticizing the
political appointments in her husband’s government. There is no precedent for
this in Nigeria’s entire history. In fact, I know of no parallel in the world
for a First Lady (or Wife of the President) to openly disagree with her husband
through a foreign media outlet.

This can only mean that although Aisha is formally married to
President Buhari, she is actually isolated from him. This is consistent with
what I’ve heard from inside sources about the relationship between the first
couple. Buhari is held hostage by an evil, sneaky, corrupt, vulturous, and conniving
cabal that ensures that his wife doesn’t see him even in the “kitchen,” the
“living room,” or “the other room.”

The BBC interview was Aisha’s vigorous ventilation of pent-up anguish against a cold, calculating,
and corrupt cabal that has made Buhari a stranger to his own wife.

A few months ago, a close Buhari aide who was unnerved by my all-out,
no-holds-barred criticism of this government (which was inspired by my
realization that this government is an elaborate anti-people fraud) called to
assure me that Buhari hadn’t abandoned the pro-poor posture that endeared him
to many of us. He said Buhari personally disagreed with the recent petrol price
hike, the “floating” of the naira, the removal of subsidies on fertilizer, and
other anti-people policies that have become the signature of this
administration. He called my attention to the fact that the president always
travels out of the country each time these atrociously pigheaded decisions are
announced.

who paid him a visit in the Presidential Villa on June 27,
2016. “I’m not an economist neither a businessman – I fail to appreciate what
is the economic explanation.”

As I told my informant, this is terribly worrying. If Buhari is
personally uncomfortable with the decisions that have come to define his own
administration, it clearly indicates that he isn’t in control. It means he is a
puppet controlled by inept, no-good puppeteers.

But like most Buhari aides, my informant believes Buhari is
metaphysically held captive by a potent, disabling evil spell that causes him
to be easily susceptible to the wiles and devious manipulations of a vicious
cabal in Aso Rock. He said efforts are being made to exorcise this spell. But
that’s superstitious nonsense.

Buhari is simply an infirm leader who cherishes and rewards loyalty even at the expense of truth,
justice, fair play— and the nation. Yet, scores of his supporters go into overdrive
to defend the policies of his government because they believe in him and
imagine that all the policies churned out by this government have his
imprimatur.  Many of them would even justify and defend their own murder by Buhari if they have the chance to reincarnate to tell the story.

This is the context that instigated Aisha Buhari’s unusual media
outburst. When you are denied access to your husband, when your husband is held
prisoner by a malevolent, shadowy, and predatory cabal, you can’t help but lash
out through the most potent means available to you.

But let’s not be deceived into thinking that Mrs. Buhari is worried about the fate of everyday Nigerians whom her husband’s puppet government is killing piecemeal. She is fighting a personal battle of
self-preservation. She is piqued that she is excluded from partaking in the rampant
and unrestrained nepotism of this government.

As I pointed out in a recent viral Facebook status update, most disillusioned Buhari supporters don’t
care whether the president’s appointees are personally known to him or his wife—or
whether or not they campaigned or voted for him. They are worried, instead,
that many, perhaps most, of the president’s appointees are corrupt and
incompetent, but are shielded from any consequences for their corruption and
incompetence because of their loyalty to the president.

Let’s start from the president’s first major appointments: Secretary to the Government of the Federation Lawal David Babachir is nicknamed “Cash and Carry” in government circles for a reason. Here is a man
who once publicly bragged about receiving monetary gifts from the Ebonyi State
governor. He has also been implicated in the N270 million “grass-cutting” contract scandal for internally displaced Boko Haram victims.

The Chief of Staff to the President has been accused of accepting a half-billion-naira bribe from MTN
to reduce the telecom company’s NCC fine from N1.04 trillion to N330 billion,
among other allegations of sordid, avaricious sleaze against him. And the man
is incompetent and lazy, to boot. It’s the same story all around members of the
president’s “kitchen cabinet.”

It took Buhari 6 months to appoint his ministers who have turned out to be the most underwhelming cast of characters to ever be in the Federal Executive Council. Among them is a minister of budget who
doesn’t know Nigeria’s debt profile; a minister of agriculture (who, tellingly,
is a former PDP chairman) who thinks the cost of rice is high because Nigerians
consume too much rice; a minister of science and technology whose technological
vision for the country is to start local pencil production in two years; a
compulsively lying and comically foul-mouthed minister of information who says dressing
and undressing masquerades is a strategy of job creation; a minister of youth
and sports who is so incredibly clueless he makes you want to cry; a backward,
prehistoric minister of communication who wants to tax Nigerians for calls they
make and texts they send; a minister of Niger Delta Affairs who was indicted
for fraud by a government commission in the 1990s but still keeps his job even
in the wake of this revelation; a minister of finance who hides her
incompetence behind a Cockney accent. The list goes on.

Add that to the revelations of a series of secretive, illegal employment of the children and relatives of high-ranking political elites in this government, including Buhari’s, while millions of
brilliant, hardworking but underprivileged people vegetate in misery amid a
biting recession, and you know that Nigeria is wildly adrift. Neither the
president nor his ministers have a clue. And they don’t care.