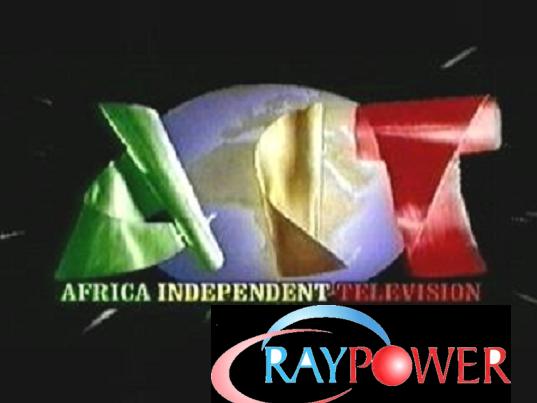 NewsRescue-Ehiedu Aniagwu, AIT chief correspondent at the National Assembly and host of a popular morning programme, Political platform has been figured out to be the journalist who put a spin on the senate proceedings and presented misconstrued and malicious information to the Nigerian public, resulting in the eruption of a week of protests.

In the show he presented after the senate failed to delete an aspect inNigeria’s constitution since 1979, joined by Ohiria Agbosoremi, Ehiedu twisted the events of the senate to provoke a sense of the senate passing a new bill in support of child marriage. Which did not happen.

The Nigerian Senate has now come out to inform the public that no such bill was passed and no amendment made to the constitution to any such effect. Due process was followed in a routine review of aspects of the constitution and a needed majority to delete a segment thought to have sex disparity, was not achieved, hence the portion (4)(b) of section 29 existent since the 1979 constitution, remained.

See: NewsRescue-We Passed No Child Marriage Bill! This Has Been In Our Constitution Since 1979 — Nigerian Senate
Senator Ike Ekweremadu, Review Committee Leader:

We have no bill to approve early marriage. We are not sponsoring any bill against Islam. This particular provision has been in our constitution since 1979. Ours was an attempt to remove that aspect so that men and women would have equal footing regarding the issue of renunciation of citizenship. And we will never support early marriage.

Nigeria has been battling with religious related extremism and terrorism. There are frequent provocations of sectarian strife and ethnic discord. Currently the Army and civilians in the north eastern states are winning a war against Boko Haram, with popular support and cooperation against Boko Haram terrorists. Careless and unprofessional reports and programs like this that promote suspicion and mistrust have always refueled ethnic and religious tensions in Nigeria as far back as Sardauna era and the infamous St. George and the Dragon bread-loaf.

Ehiedu Aniagwu is not new to controversy and suspicion, he and AIT have been accused of misleading and inaccurate investigative journalism in October 2012:

Few weeks ago, a good friend (Kenzy Emmanuel) and fellow Scientist poured His grievance on the Nigerian Journalist about the poor state of Investigative Journalism, he stated some examples that summed up their work and news as Speculative. Just finished watching AIT’s Matters Arising and it is Absurd to Hear the presenter Ehiedu Aniagwu, talk without facts on the NDDC Land Reclamation contract at Burutu in Delta State, feud between Dino Melaye (a former HoRep member now an anti corruption crusader) and Godsday Orubebe (the Min. Of Niger Delta) on the said contract. Now, I am not talking of contract inflation, I am talking of Investigative Journalism. If the AIT had done there job well, then they would have known that the contract is existing and that it was staled for sometime for some logistics reasons. Plz, our media should sit up and not try to shoot the Govt (yes they are not livin up to xpetation) in d foot at each givin opportunity. See more

In similar reactions, Ehiedu has been called a mole, and a PDP politician wannabe, as Akase described:

Ehiedu Aniagu should rather be working for NTA not DAAR Communications. His blatant support for authority people in govt without any good evidence but rather whipping up sentiments and emotions speaks volumes.

If he wants a political appointment he should quit his job and join PDP, that way it’ll quicker and more assured.

It is becoming obvious that he’s only being a mole on that platform.

Ehiedu Aniagwu had since made me to stop listening to the AIT political platform program. He is just there as a mole of PDP. Check his views on the NGF crisis and the mess in River state. Always on the side of all the nonsense associated with PDP. He should keep his AIT program to himself. I have other things doing than to listen to a man vexing my spirit with his jaundiced analysis of issues and events.

NewsRescue earlier reports had first revealed how the media publications and broadcasts about the alleged senate occurrence were fabricated and harmfully misleading to the public. Though the controversial senator Yarima who requested a re-vote, describing the effort to delete, as hampering on his religious ideas of the ‘right of choice,’ a woman must have once she is married at whatever age, due process was observed and senators voted in their duty and capacity as representatives of their wards. The aspect of Nigeria’s constitution which creates a loophole allowing early marriages, is Article 61, in which a clause has it that Islamic and customary laws do not fall under constitutional jurisdiction.

Protests never happen without a plan, usually a sinister mission and political and financial instigators and sponsors. it appears that this protest which has shaken the country and distracted it from pressing issues of gross incompetence by the elected officials, is no accident.

Bernard Peter Damlong opined in an article seen in ALLAfrica:

AIT, Ray Power Should Be More Professional in Their Programming

The mass media, in any society, are expected to play the role of an informer, educator, leader and watchdog. They are allowed under our system to exercise considerable influence on decision-makers through constructive criticism and by offering responsible alternative options on any given public issue.

Such burden is even heavier on the electronic medium. That is why the attitudes, utterances and presentation styles of some members of the DAAR Communications, operators of AIT and Raypower Newsmakers programme in the recent time have become a source of worry to all who desire good for the country. For sometime now, some journalists and correspondents in the African Independent Television (AIT) and the Raypower Radio seem to derive pleasure in unleashing all forms of contortions that are alien to the noble journalism profession. Read more…