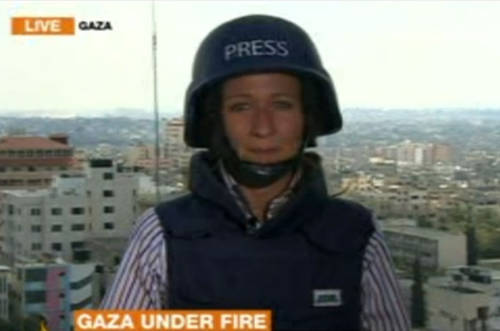 A false flag fake chemical attack against civilians has recently been filmed by al-Jazeera stringers in Syria, and it was ordered from a European country, a military and diplomatic source revealed on Thursday.

“The “effectiveness” of the White Helmets’ TV-spectacle of accusing Syrian authorities of attacking civilians in Khan Shaykhun with sarin inspired terrorists to continue filming the fake ‘series’. According to info confirmed via several channels, al-Jazeera television channel stringers have recently filmed a staged, fake scene of an alleged chemical attack against civilians by the Syrian Army,” the source told Sputnik.

The source said around 30 fire engines and ambulances, as well as 70 local residents with children transported from a refugee camp were used in the filming across three locations in Idlib province, including Jisr Shughur.

“A multiple simultaneous uploading of filmed fake footage with ‘screaming’ social media comments was due to take place in the next few days (by Sunday) at the separate command of a mastermind and sponsor of the film in one of the European countries,” he added.

This filming appears to be ordered from a European country, the source said.

In December 2016, Egyptian police detained a man for making staged “wounded children” photos, which he was planning to use to misrepresent on social media as photos of destruction and injured people in Syria’s Aleppo.

The revelation comes in the wake of a chemical incident in the Idlib province which was followed by a US missile attack against Syria.

On April 4, the National Coalition for Syrian Revolutionary and Opposition Forces claimed that 80 people were killed and 200 injured in a suspected chemical attack in Khan Shaykhun, blaming the Syrian government. Damascus vehemently rejected the accusations and said militants and their allies were responsible.

Early April 7, the United States launched 59 Tomahawk cruise missiles at the Syrian military airfield in Ash Sha’irat, located about 40 kilometers (25 miles) from the city of Homs. US President Donald Trump said the attack was a response to the alleged chemical weapon use in Syria’s Idlib, which Washington blames on the Syrian government. Russia described the attack as an aggression against a sovereign state.

Earlier, the Russian Foreign Ministry reminded the Trump administration that all chemical weapons had been taken out of Syria in mid-2014 with the help of the previous administration of ex-president Barack Obama.

Syrian President Bashar Assad said in an interview with Sputnik that Western states are blocking attempts to investigate the Idlib chemical incident because in the event of a probe it will be established that the “attack” was a false flag and lie.

The OPCW announced in January 2016 that Syria’s weapons arsenal had been destroyed in accordance with an agreement reached after the 2013 Ghouta attack.