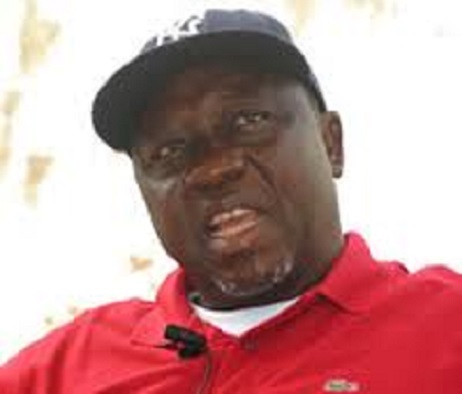 “Posterity will not forgive those having the exceptional qualities of speaking the truth but seek refuge in cold complicity and sometimes mute passively”. – Franz Fanon

As the 2015 General elections draws nearer with campaigns in Nasarawa State, Governor Umaru Tanko Al-makura and his co-travels key into the noble, the ridiculous, the sublime, the sacrilegious and down right falsehood to woo the electorates.

The drum of continuity project started in Keffi, when the so-called APC stakeholders and few supporters endorsed Governor Umaru Tanko Al-makura to continue in office beyond 2015. The ceremony attracted the presence of few prominent people such as Sen. Abdullahi Adamu, Chief Audu Ogbe and Hon. Aminu Bello Masari in attendance.

The jet of this ceremonial endorsement landed in Akwanga with a similar endorsement song by APC stakeholders and rented crowd across the state. This endorsement jet was disappointed in Akwanga zone and shamelessly moved to Lafia, the state capital of Nasarawa State where an unholy alliance is formed to also “endorsed the anointed Governor’ – Umaru Tanko Al-makura to continue in office beyond 2015 because of his “ performance in office” in the past three years. The ceremony was held at the College of Agriculture Lafia, and was grace by praise singers, sycophants, bootlickers shouted Al-makura Tazarace, Ta’al Tazarce and other non-sensical jargons.

All the important dignitaries that attended this unpatriotic endorsement rally across the three Geo-political zones of the state did not come to Nasarawa State to commission a single project executed by the State Government but to deceive and mislead the good people of Nasarawa State about endorsement of non performing Governor. What a shame.

Today, history is about to repeat it self in Nasarawa State because Governor Al-makura has failed the good people of the state in terms of peace and security, education, health, agriculture, social security, employment creation etc.

In a nutshell, we must not live under any illusion that, everyone is patriotic in the quest of searching for the replacement of Governor Umaru Tanko Al-makura. Nasarawa State is never in need of change of Government like under the present APC led Government.

Therefore, we need a united change in Nasarawa State not a change of sectionalists, ethno-religious bigots. It’s high time we should look for the political party that has the candidate that will provide us united change in Nasarawa state. A change of Government that is people and development I am talking about that change that will bury our difference for the collective good of all and sundry. Because some Governorship candidates political survival largely depends on promoting sectional, ethnic, religion or other narrow minded interest all in the quest to woo the electorates.

Right now, we have a lot of double standard going-on among some of our Governorship candidates and their supporters in the state. Some are being dishonest about their stands.

For instance what then is Tazarce? Tazarce is a Special call for leaders that distinguished themselves to proceed over for another term in office.

The question also goes like this; can the call for Tazarce project of Governor Umaru Tanko Al-makura in Nasasrawa State be real at this material time?

No one can be condemned for saying the truth; there can be no argument that Government is morally obligated to keep its citizens safe, educate its children, look out for those who cannot look out for themselves, and be good stewards of the taxpayer’s money. However, Governor Umaru Tanko Al-makura APC-led Government for the past years has miserably failed to meet those obligations.

It is high time our people should know that truth has no alternative. The time has come for our leaders and youth across the state to shine their eyes and open hears to listen to the words of truth, and shun all those praise singers, sycophants, boot-lickers, ethno-religious bigots. Truth is a bitter pill to swallow but our present APC led Government and co-travels must swallow such bitter pill if they want to survive peaceful political revolution.

I am calling on individuals and associations that are affected for the past years by any malicious information from APC led Government to justify to the good people of Nasarawa State the facts as they are and save the people from the propagation of falsehood and deliberate mis-interpretation of facts.

It is in this vain that this write up became necessary in the face of consistent and persistent call and support on Governor Umaru Tanko Al-makura to continue beyond 2015 by few misguided and misdirected persons who appear to have become sell out on the overwhelming desire for change by the good people of Nasarawa State.

It is my contention that what ever the motives of those elements singing continuity song for Al-makura led Government, they are not honourable. We doubt their convictions on the aspiration of the people of Nasarawa State. After all, all it takes for evil to triumph is for the good people to keep silent and aloof.

The main objective of Alh Dr. Yusuf Mohammed Agabi aspiration as the next Governor of Nasarawa state is to build a peaceful and industrialize Nasarawa state of our collective dream for the present and indeed future generations. This will go a long way to foster unity among all strata of people and promote sustainable development in Nasarawa State. The youths as leaders of today under Agabi led Government will be given the opportunity to contribute their quota for the overall development of the state.

Al-makura and his co-travelers should be rest assured that the aspect of their credentials pertaining to service to Nasarawa State is under scrutiny and the verdict so far is very poor.

The way and manner taxpayers money disappears under Governor Umaru Tanko Al-makura watch for the past three year is a pointer.

Finally, the Tazarce candidate Umaru Tanko Al-makura should find solutions to the insecurity, unemployment and underdevelopment of urban and rural areas. This will no doubt impact positively on the lives of ordinary citizens who form the bulk of the voters.

Lastly, the Al-makura continuity Project will not translate into reality.