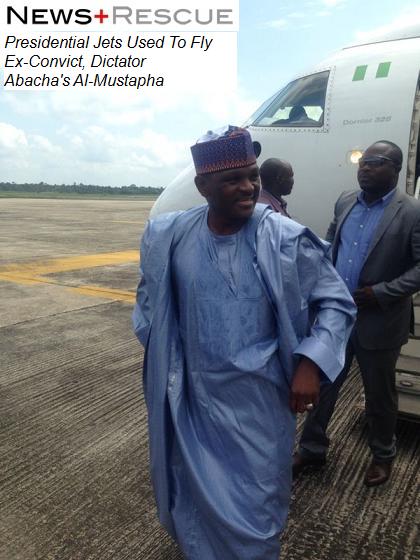 The Lagos State Government has asked the Supreme Court to quash the judgment of a Lagos Court of Appeal that acquitted Maj. Hamza al-Mustapha, Chief Security Officer to the late Head of State, General Sani Abacha and Alhaji Lateef Shofolahan in the murder of Alhaja Kudirat Abiola.

Lagos had prayed the apex court to uphold the death sentence awarded against Mustapha and Shofolahan by Justice Mojisola Dada of the Lagos State High Court on January 30, 2012.

The state government filed a notice of appeal seeking vacation of the decision of the appellate court on 10 different grounds.

It was gathered that the state Attorney General and Commissioner of Justice, Adeniji Kazeem, signed the notice of appeal, seeking the “setting aside the judgment of the court below.”

Lagos argued that the testimonies of its star witnesses, Barnabas Jabila, also known as Sergeant Rogers, and Mohammed Abdul, who had confessed to their roles in the murder, were detailed and consistent.

It claimed that the contradictions in the witnesses’ testimonies were not material enough to warrant the decision of the Court of Appeal to disregard their entire evidence.

Aside, the state government argued that the appeal court “erred when it determined that there were material contradictions that rendered the testimony of Barnabas Jabila inconsistent and unreliable.”

The state government insisted that Barnabas Jabila, in his testimony before the Lagos State High Court, was consistent and that the details supplied by him were “not materially controverted.”

It said Mohammed Abdul gave graphic and detailed evidence of the conspiracy to and murder of Alhaja Kudirat Abiola, thereby contending that the appellate court erred in discharging and acquitting Mustapha and Shofolahan.

After a 12-year long trial before the Lagos State High Court, Justice Dada sentenced both Mustapha and Shofolahan to death on January 30, 2012 for complicity in the murder of Kudirat.

In a lead judgement by Justice Amina Augie, however, the Court of Appeal in Lagos discharged and acquitted both Mustapha and Shofolahan for lack of credible evidence precisely on July 12, 2013.