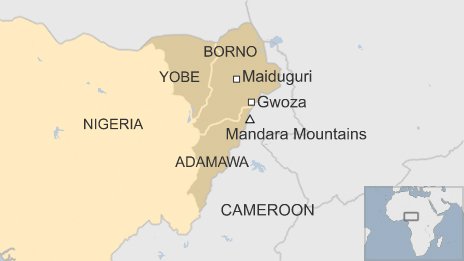 Boko Haram terrorists escaping Gwoza at border of Borno are reported to be escaping to Adamawa state right now.

People in Adamawa have gotten on alert with Civilian volunteers assembling to attempt to defend the villages in Boko Haram’s path.

Terrorists escaping the MNJT forces in the northeast are causing more havoc in a westward and southward direction. They have been seen increasing their attacks in Gombe and were seen recently at Kashere – Alkaleri junction on the way between Yola to Kaduna