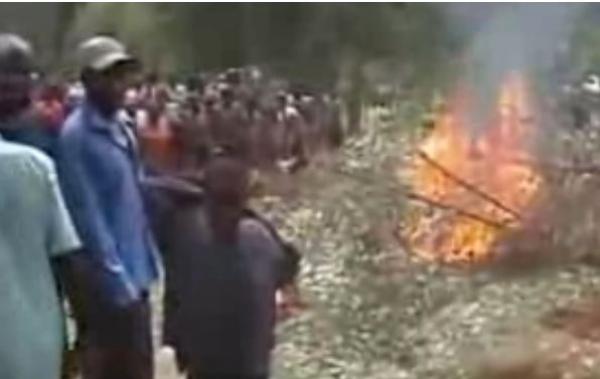 We would like to warn the General public that as is the nature of mischievous elements in society who attempt use false propaganda to justify their barbarism, a false video form 2012 is being spread as a clip through whassap in hopes of justifying the Fulani-Boko Haram genocide in Benue State.

Nigeria’s Chief of Army had yesterday victimized the farmers, downgrading the massacre as “clashes” and accusing the Benue farmers of being cattle rustlers.

The actual full video can be viewed here on OnlineNigeria.

The Fulani-Boko Haram militants have since “justified” their massacre of Agatu peoples by claiming this was revenge for an incident in 2013 when one of their was killed in an Agatu village. The Fulani in other Press reports have also “justified” their free reign of terror based on an accusation that the Benue people stole 10,000 of their cows.

We wish to advise Nigerians to steer clear of false propaganda. While the Agatu are not saints, it is important to mention that there is never a justification for mob violence and massacres regardless of the prompt.Over 500 people were killed, dozens of villages sacked and millions in property including farms, destroyed by the uninhibited Fulani-Boko Haram marauders.

Over 500 people were killed, dozens of villages sacked and millions in property including farms, destroyed by the uninhibited Fulani-Boko Haram marauders as Nigeria’s security services looked the other way.