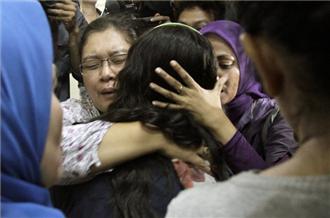 There were no survivors as the FlyDubai airplane’s tail reportedly nicked the runway while trying to land in Moscow in extremely bad weather.

The flight had circled the airport for two hours before making the fatal second attempt to land.

The plane’s pilot circled the airport, waiting for the weather to clear before making a second attempt to land, but the aircraft’s tail had clipped the runway, it said.

State media reported winds of 97 kph (60 mph) at the time of the crash.

“Different versions of the incident are being investigated, including crew error, technical failure, bad weather and other factors,” it quoted committee chief Vladimir Markin as saying.

Workers at the crash scene have both of the plane’s flight data recorders and one of two voice recorders, Ria Novosti reported.