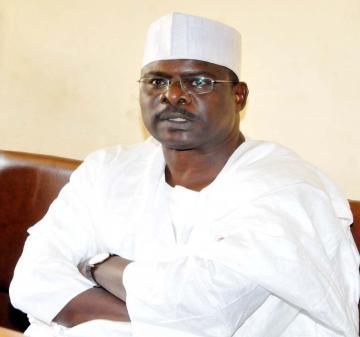 Midway into the trial of Senator Ali Ndume, the alleged sponsor of Boko Haram, the Federal Government yesterday requested that his trial be conducted secretly to prevent the public from witnessing the proceedings.

The Nation newspaper reported that Ndume, a serving Senator from Bornu State, is facing terrorism related charges before the Federal High Court in Abuja.

Ndume was arraigned before Justice Kolawole on December 12 last year, on a 4-count charge by the Department of State Services (DSS). He is accused of sponsoring the Boko Haram sect, and failing to provide information about the sect’s operations.

Prosecution lawyer, E. A. Orji, at the sitting yesterday, urged the court to protect the identity of the remaining witnesses scheduled to give evidence in the case.