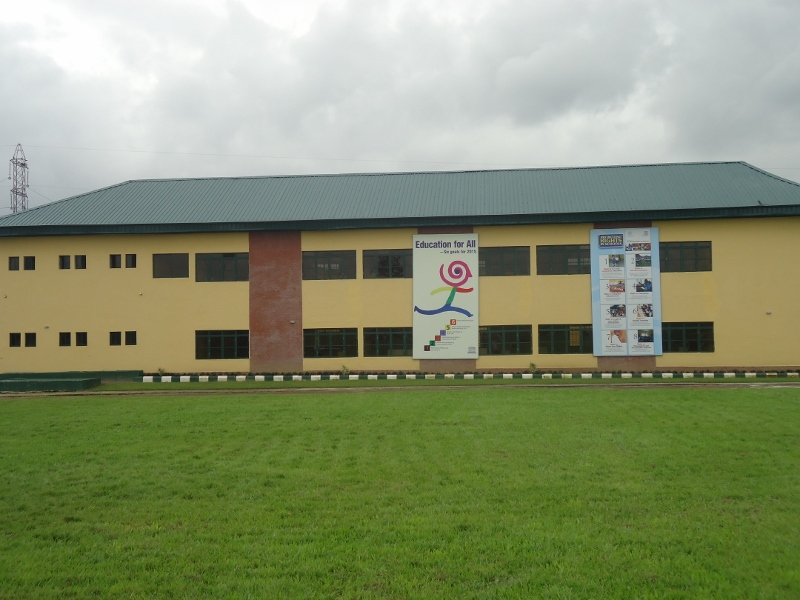 It would be recalled that UNESCO crowned Port Harcourt, the 2014 World Book Capital City in April 2014, beating ten other great cities that include Oxford in England and Moscow in Russia.

The building, known as World Capital City Model Primary School, is furnished to meet the commencement of classes when the 2014/2015 school year opens on September 22. In addition to the classrooms and teachers’ offices, the school is also equipped with state-of-the-art facility like demonstration science laboratory, library, ICT, sickbays and reception class.

Chief Tony Okocha, Chief of Staff to Governor Amaechi, and Chief Davies Ikanya, Chairman of Rivers State All Progressives Congress (APC) expressed their satisfaction during a facility tour to the building.

Chief Okocha said “I am very happy that since the declaration of a State of Emergency in the education sector by Governor Chibuike Rotimi Amaechi in 2008, the sector has witnessed total turnaround from decay to decorum. The decorum in the education sector has necessitated a surge in admissions into public schools in Rivers State, a situation that prompted the construction of 20 classroom blocks across the State. To me, this is an exhibition and promotion of excellence unequalled by any other State in Africa.” 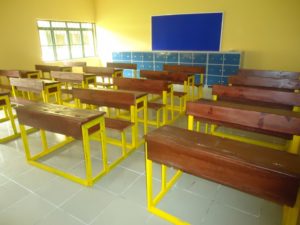 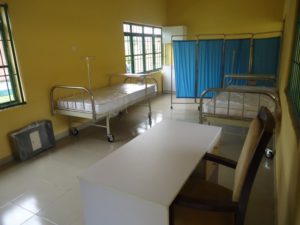 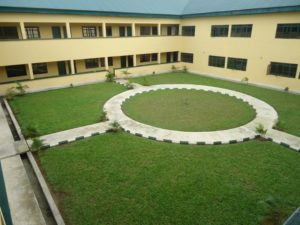 Chief Ikanya also described the project as historic. He declared that with the feats of Governor Amaechi in education and other sectors, APC’s task of winning the 2015 general elections has been made easier for the party.

Barrister Alice Lawrence-Nemi, the Commissioner of Education who conducted the facility tour, said the construction of the 20 classroom blocks was necessitated to address the issue of out-of-school children in the State.

“The State Government embarked on this project to ensure that every child in the State has easy access to the free education policy of the Governor Chibuike Amaechi-led administration. The project is in line with the Education for All (EFA) and Millennium Development Goals (MDGs) vision of providing access to all children of school age by the year 2015,” the Commissioner said.

Nemi further stressed that samples of the 20-classroom blocks are built in all the 23 Local Government Areas of the State that include demonstration science laboratory aimed at giving children the opportunity to visualize what they are being taught in class.

The introduction of the laboratory according to the Commissioner is in line with the new national curriculum which allows children from four years and above to be exposed to science education early so as to better understand science courses in the future. The demonstration class is where the teacher demonstrates for the pupils what they are learning. It makes teaching and learning easier for the teacher and the pupils.

Apart from that, the school is also equipped with Home Economics Laboratory, to teach the pupils the basic ways of cooking, personal hygiene and general home keeping. The books and e-book installed in the school is a platform to promote reading culture among pupils and students.

Every school has reading period and pupils are made to pick a book. Each pupil will summarise the book during book reviews at the end of the period.

The outstanding feats of Governor Amaechi in the area of education made Port Harcourt the World Book Capital City. His administration has churned out over 500 Model Primary Schools and 24 Model Secondary; it has also employed about 13,000 teachers, offering free education with free books as part of a strong vision to promote and sustain activities that would make promotion of literary activities and make literacy a staple in the State’s agenda.

That Amaechi administration has, in addition, promoted overall United Nations activities in the South-South geo-political zone of Nigeria through the provision of an outstanding facility that can house over 15 UN agencies in Port Harcourt. As a result, there are five UN agencies in Rivers State at the moment and more are expected to follow in due course.