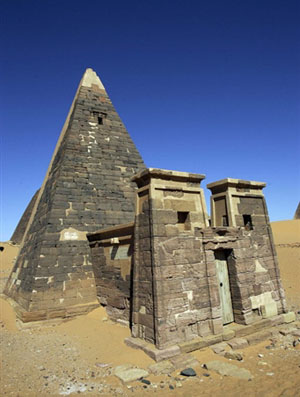 (CNN) — At least seven U.N. peacekeepers were killed and 17 others were injured in an ambush Saturday morning near their base in Manawashi, north of the South Darfur regional capital of Nyala, a U.N. spokesman said.

U.N. Secretary-General Ban Ki-moon expressed outrage about the attacks and identified the killed peacekeepers as Tanzanians, a spokesman said.

A group of vehicles manned by troops and police of the African Union-United Nations Hybrid Operation in Darfur (UNAMID) was attacked. It was the third attack on the unit in three weeks, the spokesman said.

The secretary-general “expects that the Government of Sudan will take swift action to bring the perpetrators to justice,” the spokesman’s statement said. The Darfur region is located in Sudan along the border with the new nation of South Sudan.

The convoy came under heavy gunfire, and fighting continued as peacekeepers were vastly outnumbered, said Chris Cycmanick, acting spokesman for the U.N. Mission in Darfur.

There has not been any claim of responsibility for the attack.

Violence has plagued Darfur for a decade. The United Nations estimates as many as 300,000 people have been killed and almost 3 million people have been displaced from their homes since the Darfur conflict broke out in 2003.

Widespread atrocities have occurred during fighting between Sudan’s government forces and militias and other rebel groups. The African Union-U.N. Hybrid Operation was established as peacekeepers in 2007, with the mission’s headquarters in El Fasher, North Darfur.