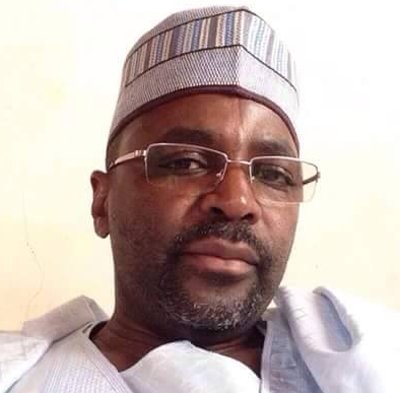 Amidst resounding public condemnation for ganging up to protect serially indicted Senate president Bukola Saraki and to protect many Senators who likewise have false and incriminating asset declarations, a Senator representing Jigawa South, Sen. Sabo Mohammed Nakudu has according to a document received shown below, renounced the inclusion of his name in the 83-man “hall of Shame” list of Senators who voted confidence in embattled Saraki.

The Senator called the inclusion of his name in the list as a Fraud, claiming he never cast a vote for Bukola Saraki.

Several other Senators have complained that they did not vote confidence in Saraki and have accused the Senate president of fraud.

The document is below: 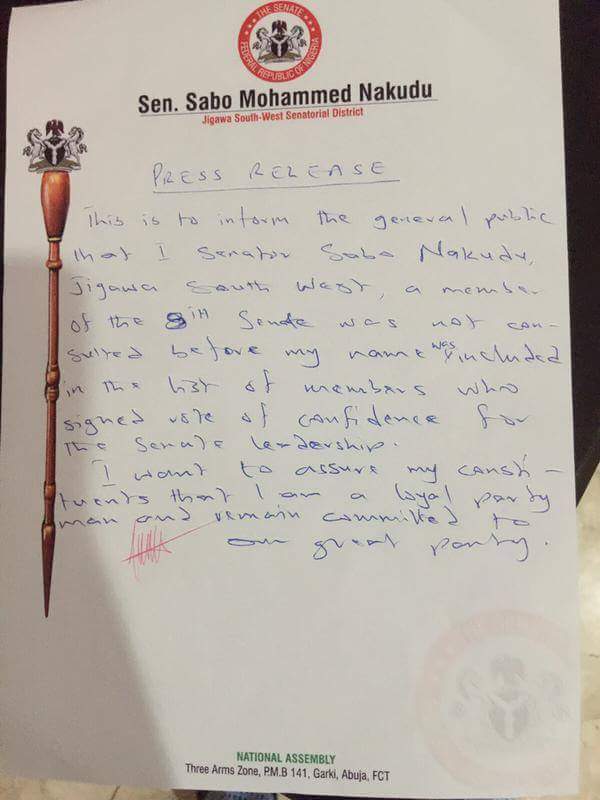 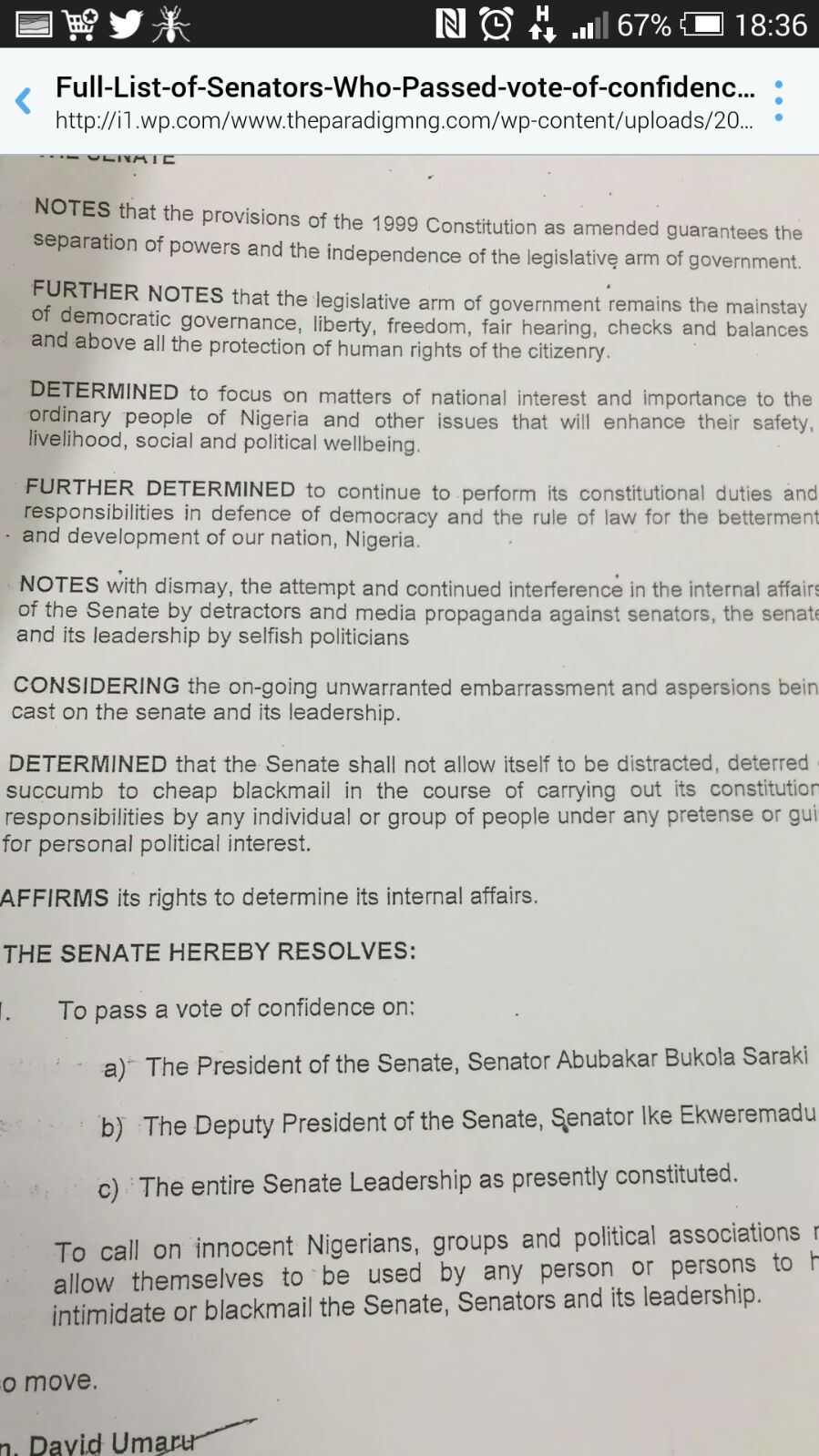 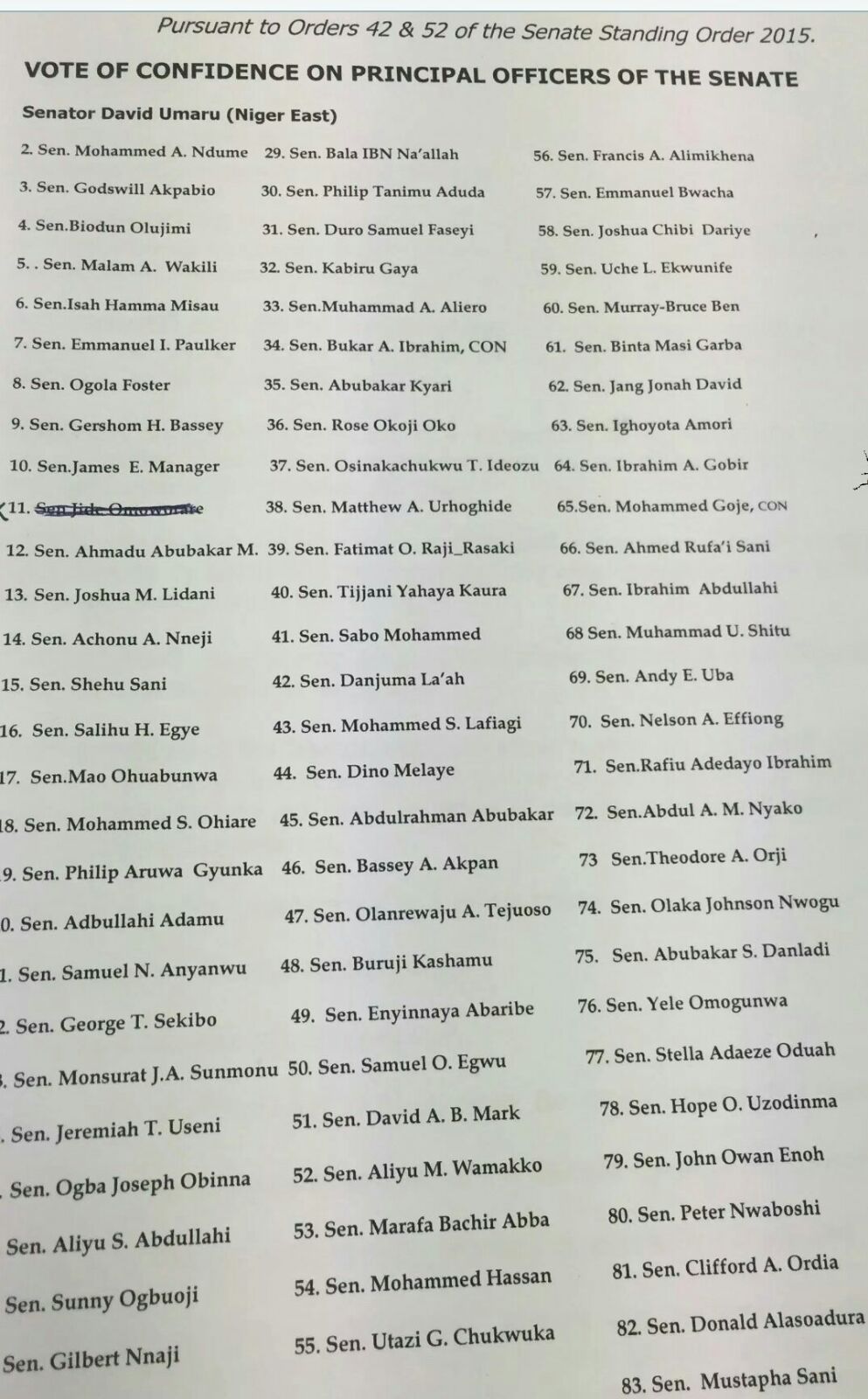