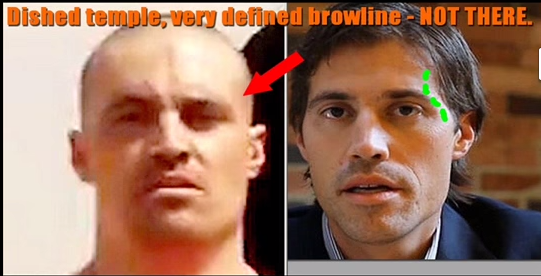 Analysts have declared that the allegedly beheaded James Foley is not the real James Foley.

In the Youtube video, they compared facial features and pointed out several differences.

they also suggested that James Foley is a CIA working under its “USAID” cover. James Foley has conveniently been kidnapped twice, first in Libya where his tale of kidnap helped trigger the NATO/US aggression that expelled Africa’s Gaddafi.