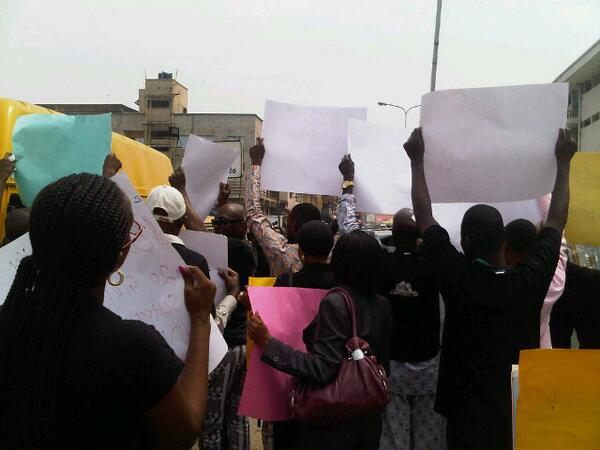 Business and vehicular activities have been paralyzed for the second time today, as scores of young people in Ikere Ekiti, Ado Ekiti State, angrily protested the total electrical black out in their community.

An impeccable source in the community told Saharareporters, through a phone call, that the angry groups of young people had blocked major roads this afternoon in the community, and were shouting solidarity songs, as they rained abuses on the staff of the defunct Power Holding Company of Nigeria (PHCN,) now known by the name of the Benin Electricity Distribution Company (BEDC.)

It was learned that the youth brandishing various weapons alleged that the new owner of the Electricity Company have sent their community into untold hardship for over a three-month period.

The source told SaharaReporters that the youth had lit bonfires on major roads that linked Ado-Ekiti, the Ekiti State capital, with Akure, the Ondo State capital.

A detachment of Security personnel, which includes the Nigeria Army and Nigeria Police Force (NPF) were being sent to curtail the protest.

A call put through by Saharareporters to the Office of the Company along Ikere-Akure road, had proved fruitless, as none of the top management staff at the firm, was not willing to talk about the matter.

At the time of publishing this report, motorists and commuters, plying the roads were still stranded as traders forcefully closed down their shops and stalls, to prevent looting of their businesses.