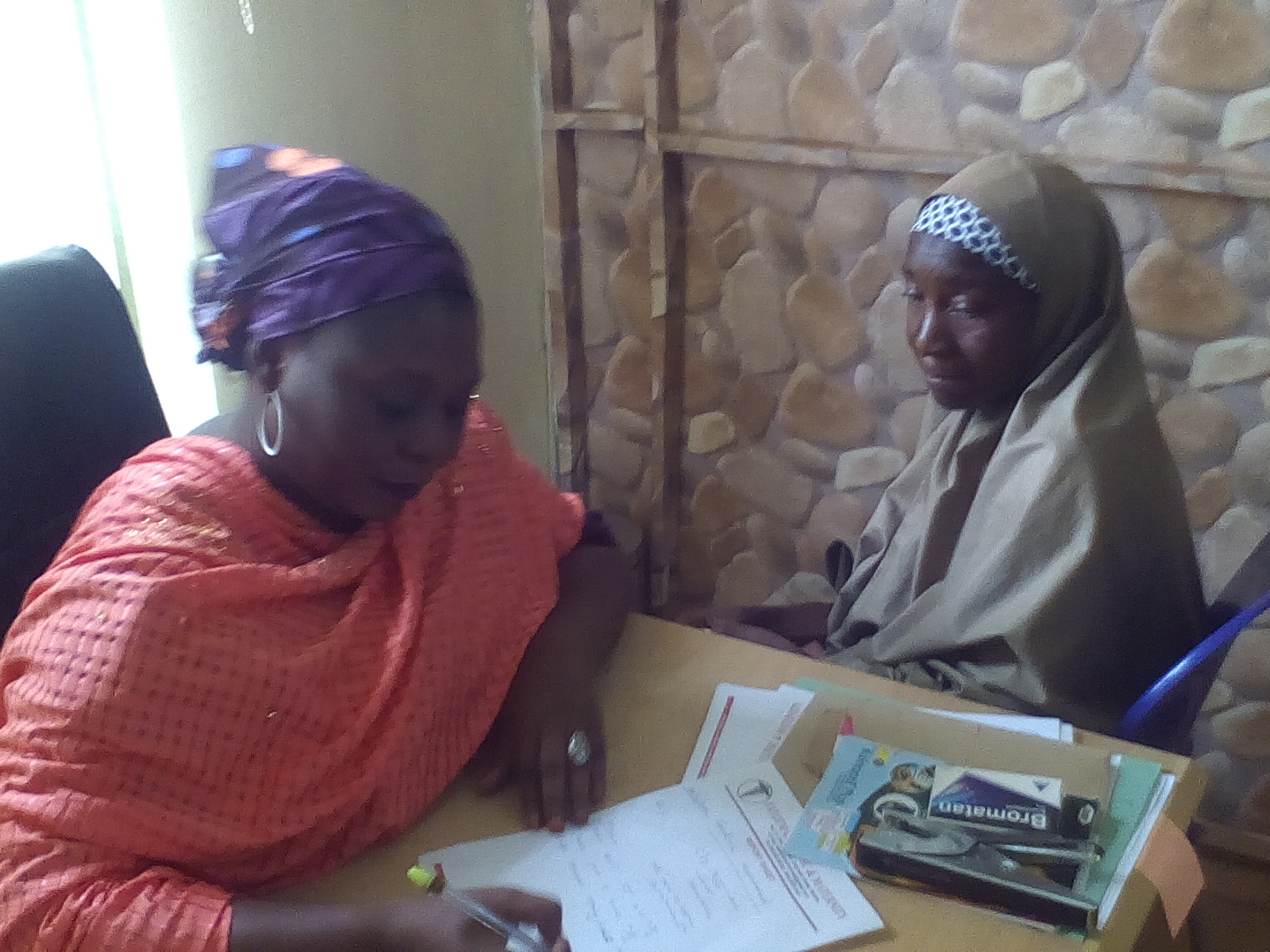 More than 2, 000 women, children and men living in Angwan Dosa Community, has benefited from free malaria, typhoid testing and treatment, free drugs worth thousands of naira and even free scanning to pregnant women which is in commemoration of World Malaria Day.

Speaking to newsmen while examining the crowded patients during the free treatment exercise at Angwan Dosa Community, Kaduna, North-West, Nigeria , the Proprietor of Fateemah Clinic, Hajiya Maryam Abubakar ,who is also the chairperson “women 4 women Clinic “ said the free testing and treatment of malaria and typhoid fever is to contribute to the health and well-being of the needy, the less privileged and the disabled.

According to her, the aimed is to create awareness on malaria prevention, control, renew political, domestic and international commitments, fight malaria and advocate for disease funding which is why she choose to celebrate the Day with the needy who are suffering from malaria, typhoid and cannot afford to go to hospital due to lack of fund and also to introduced more concerned with preventing rather than curing malaria infection.

She mentioned that the 2017 report of the World Health Organization factsheet indicate that in 2016 there are 216 million cases of malaria worldwide and 445,000 deaths but Nigeria losses N132bn to Malaria annually.

Hajiya Maryam Abubakar continue to inform that malaria is responsible for 60 percent outpatient visits to health facilities, 30 percent childhood death, 25 percent of death in children under one year and 11 percent maternal death in Nigeria.

The Proprietor was of the opinion that malaria is a major cause of increasing household poverty and slow phase of national development.

She narrated a story of a 6 years boy who was rushed to her clinic from Hayin -Kogi with high fever and after testing, it was discovered that the boy had malaria, saying, the worst is that all the boys intestine are perforated.

Hajya Maryam Abubakar explained that during the treatment, the father of the boy cannot pay for the treatment but had to sell one of his lands to treat the boy.

“There is a boy they brought from Hayin -Kogi, we nearly loss him because his entire intestine are perforated and the father do not have money for the treatment and resulted in selling one of his land to treat the boy. “Some of them will be sick like 3 months or 6 months before coming to my clinic for treatment.

The Proprietor called on the state government as a matter of urgency provides health care facilities to the Hayin -Kogi and Malalin -Gabas because they are suffering to come to Ungwan Dosa for treatment.

She stressed that if the state government can assist the people with primary health clinic in their communities, it would be less border and they will save cost.

“So you see, if the governments have built a hospital in that community, a lot of lives would be saved.

I also want the Kaduna State Government to emphasis on building primary health care for the people. There are coming to my clinic from Hayin-Kogi and Malalin -Gabas, if the government can assist these people with primary health clinic in their communities, it would be lesser Borden and they would not use the small money they have to eat to transport themselves to Ungwan Dosa for treatment.

Responding on behalf of one of the beneficiary Maman Sani,who is an elderly woman from Hayin Kogi, igabi local Government of kaduna state,she says ,she has to used canoe to cross the river before coming to this hospital,because there is no hospital in their village.

She pointed out that,many pregnant people suffer in the village due to lack of primary health care.

She then appealed to kaduna state Government to help the people of Hayin Koji with schools and hospital,while calling on stake holders to also support in constructing a bridge in other to ease the pains of cross the river through local cannoes.