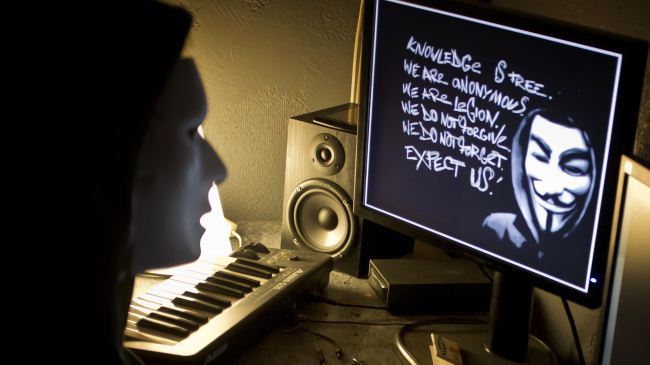 Israeli websites have come under massive cyber attacks in solidarity with Palestinians following a warning by the hacker group Anonymous that threatened to ‘erase’ Israel from the internet.

Websites including the sites owned by the Bank of Israel, Tax Authority, and the Central Bureau of Statistics came under cyber attacks on Saturday night.

Anonymous has vowed to “erase” Israel from the internet by disabling Israeli websites during an operation called ‘Op-Israel.’

“This is why on April 7, elite cyber-squadrons from around the world have decided to unite in solidarity with the Palestinian people against Israel as one entity to disrupt and erase Israel from cyberspace,” the Anonymous statement added, listing 1,300 Israeli websites as targets.

The first ‘Op-Israel’ was launched by Anonymous during the eight-day Israeli war on the Gaza Strip in November 2012.

The Israeli ministry for financial affairs reported an estimated 44 million unique attacks on the regime’s websites during the cyber operation in November.

In late March, the internet hacking group said on its twitter page that it gained access to the personal data of more than 30,000 Israeli officials, including military officials, politicians and Mossad agents.

According to Haaretz, Anonymous posted the online personal data of 5,000 Israeli officials, including names, ID numbers and personal emails after the first ‘Op-Israel.’