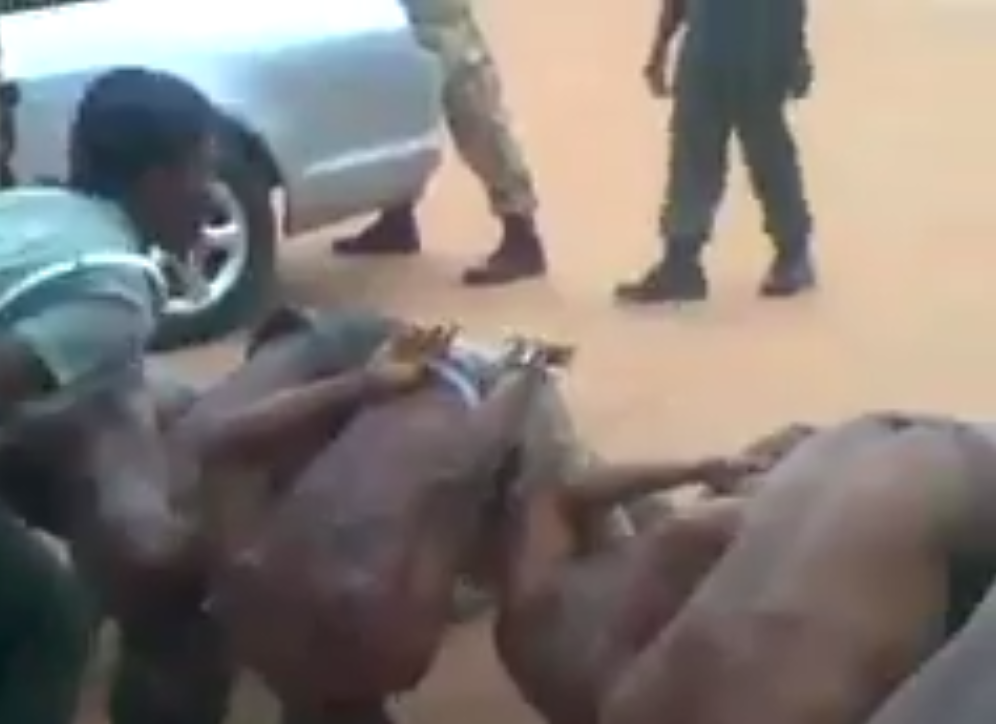 A new video claiming to be Nigerian army and police torturing pro-Biafrans, has emerged. In the video the security officers put the civilians tipped to balance on their heads and beat their bared backs with hard wood planks.

In the video the officers are questioning “who owns the gun” and telling the youth that they will “just die for nothing.”

About ten youth are being tortured as another set is being led out of a door.

We cannot verify the time and place this happened, however the victims appear south eastern and the torture actions of the officers in the video are unquestionably criminal.

The operational objectives of #PythonDance2 by #NigerianArmyTerrorism are #Torture & #Genocide on peaceful #Biafra agitators pic.twitter.com/nOPserrRsS