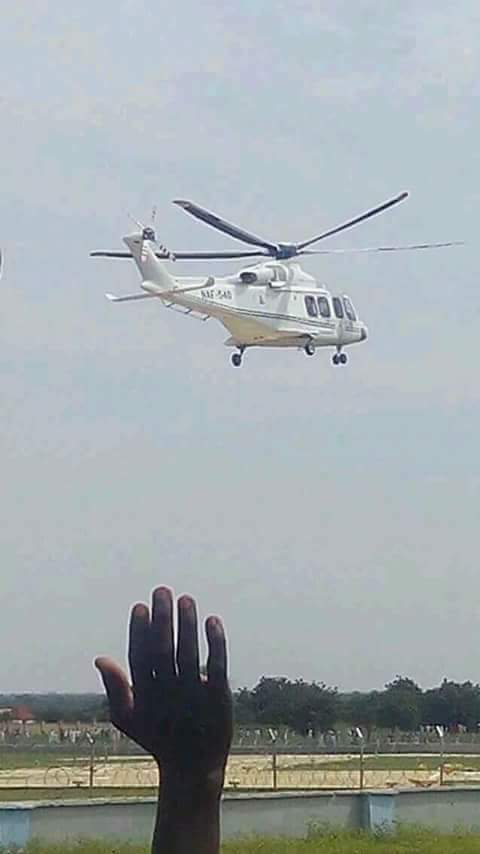 resident Muhammadu Buhari has left his hometown of Daura in Katsina state for Abuja, after a week there and the celebration of Eid el-Kabir.

The presidential helicopter left the Daura helipad for Abuja at 10.24 a.m. on Wednesday 6 September, reports said.

The president was said to be in company of immediate members of his family, Media Aide Garba Shehu and the Chief Security Officer, Bashir Bindawa and members of the protocol unit of the villa.

From reports, the helicopter took Mr. Buhari and entourage from Daura to Katsina and a presidential aircraft took them to Abuja.

The government announced on Tuesday that the cabinet meeting Buhari was to preside over today had been cancelled.

The Minister of Information Lai Mohammed said in a statement that the meeting was suspended because the government did not have enough time to prepare documents for the meeting.

But many people blamed the cancellation on the absence of President Buhari from Abuja.

Mr. Buhari, who returned from a long medical vacation in London on August 19, has now missed two out of three cabinet meetings.

His media aide Garba Shehu also announced weeks ago that the President would spend some time working from home because rats had invaded his office while he was away in London and destroyed the furniture and the air conditioning appliances.