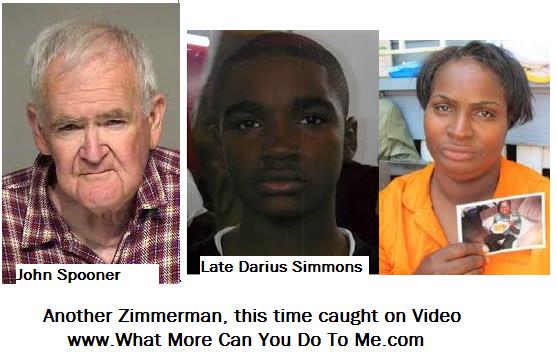 Milwaukee- Officials entered a video recording of the shooting of Darius Simmons, 13, as evidence Tuesday in the trial of John Spooner, 76, who is accused of killing the youth last year.

Gust Petropoulous, a detective for the Milwaukee Police Department, testified Tuesday that the recording was retrieved from a private video surveillance camera at Spooner’s home in the 1900 block of W. Arrow St.

The recording shows Simmons taking in garbage cans from the curb. Spooner emerges from his house, carrying a gun. He confronts the boy on the sidewalk, waves the gun in the air and then shoots him. The boy grasps his chest and runs.

Patricia Larry, Simmons’ mother, testified that she stood at the front door of her home as Spooner demanded that her son return weapons Spooner said were taken from his house. When the boy said he didn’t know what Spooner was talking about, Spooner shot him, she said.

Darius Simmons only ran a short distance before collapsing and dying. Jsonline