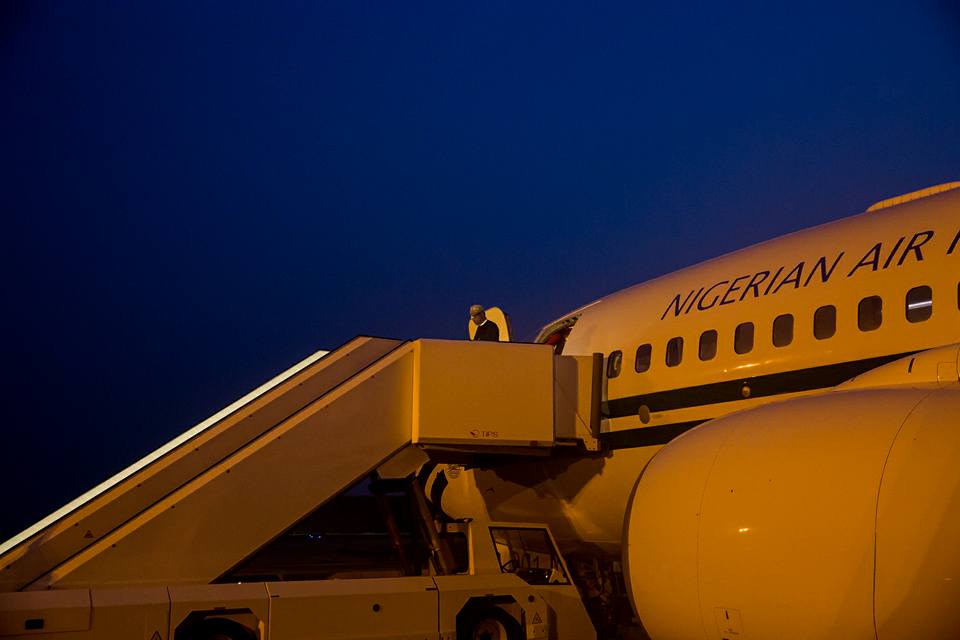 Clobbered by the current rise in stagflation in the economy, the political scenery in Nigeria is that of vocal fisticuffs and forked opinions. On the one hand are the ‘Buharists’ who believe it is wrong for anybody to criticize President Muhammadu Buhari because he is never wrong and will never go wrong; on the other hand, the ‘Jonathanians’ with their tongues out saying “we told you this change means chains” and have described the government’s promise of change as mere tokenism.

The All Progressives Congress (APC) has continued to mention Peoples Democratic Party’s (PDP) sixteen years of ‘failure’ as the reason for Nigeria’s free fall in Stagflation.

This strategy may have run its course as currently, things have not been sitting well with the masses. Their disposition is now quite the opposite of the euphoria that once greeted APC’s change catchphrase.

Whenever the party political spokesmen, both paid and unpaid, come out with reassurance or excuses, Nigerians experiencing hardship and deterioration in their standard of living see nothing but a meticulously constructed plan for intimidation so that the lamentation of millions who have voted to oust the ‘Jonathan-led’ PDP can be timidly overlooked. To them, the promised prosperity has moved from possible to questionable.

The gossip that promises were made without considering how to marry the people’s expectations with the reality of governance is getting weighty.

As a result, critics have never stopped howling back that ‘it is now eleven months into the new government, elections are over!” Which means ‘assiduous governance that would affect the common man should commence!’

In all honesty, APC should not blame the masses for ‘wailing’ as they put it. After all, they marketed themselves as the ‘Moses’ who will lead Nigeria out of ‘bondage’ and save Nigerians from cataclysm.

Of course anything can happen in politics. It’s easy to make hollow campaign promises and take cheap shots at opponent in speeches.

APC’s political Nostradamus should have warned them of the dangers of employing that approach knowing that post-election the change song will become boring, and reality of painful, slow and difficult task of economic restructuring will set in.

Change, to the common man, is having employment, three square meals, shelter, electricity, fuel, water and other basic social amenities. Any government that fails to provide these basic needs will keep Nigerians dreaming of their Egypt – land of captivity.

Is the President ‘Buhari-led’ APC government leaving up to expectation in some areas of its campaign promises? In the feud against corruption and insurgency, yes. However, they still have a long way to go in their economic reconstruction mission.

Be that as it may, you cannot fraternize with corruption and expect to win the battle against corruption.

Lest we forget, APC consists of former PDP members who actually served in the sixteen years of “failure and corruption” APC has accused her political rival of. The sitting Senate President and his antecedents from rise of power till date has also reduced APC’s potential of curbing corruption amongst public office holders to a declining rhetoric.

A while ago, news of leaked scads of documents, now known as “The Panama Papers”, revealing how the affluent and public officials have, over the years, hidden away their wealth in tax shelters hit the news waves. The leakage has already resulted in the resignation of an Austrian bank Chief Michael Grahammer and the Prime Minister of Iceland. Governments across the world are already investigating their citizens named in the atrocities.

But things are different in Nigeria. All the personalities who have been mentioned in this international scandal, including APC pundit and Senate president Bukola Saraki, have never lost sleep even for a day. They seem to know how the game is played. They know the first plot is to reduce the event to be about ethnicity and religion or hire lawyers who are experts in rendering any court process anticlimactic.

As partisanship and jockeying for electoral advantage became all-consuming, some senators, mostly from APC, made comments no self-respecting politician would make. In a highly unusual move, they vowed to defend ‘their own’. This is a bad example of how legislators are expected to behave in democracy, especially when the people who voted them into power think otherwise of Saraki’s ascension to Senate presidency and his obsessive desire to bullheadedly hold on to the Gavel despite overwhelming indications that he lacks the credibility to.

This crummy handling of Senator Saraki’s chronicles in the Senate can be best described as sophomoric.

President Buhari should, as much as possible, insulate his arm of government from the poison of arbitrariness flowing through the legislative branch.

Contrary to current reasoning making rounds on the streets, Nigerians did no wrong in voting for a change in government. In fact, the world would have laughed at us if we had failed to go for an alternative regime considering the social disenchantment that trailed the ‘Jonathan led’ PDP.

What has happened so far: Despite judicial corruption and professional misconducts on the part of senior lawyers involved in the machination of corruption cases, the ongoing war against corruption, in my opinion, is effective.

A civil change of attitude towards corruption is fast permeating the system since the yam festival started experiencing shakeout. Selective victimization in the battle against systemic corruption, is giving way to veracity.

What we the citizens owe any government that is fighting corruption on the scale as seen in Nigeria today is support that will avail the tiers of government an affable atmosphere to work towards national development.

All APC needs to do is find a way to pacify Nigerians and confess to them that they have no quick fix for economic reconstruction and there is no such thing as quick fix. They have to also learn to leave with the fact that the masses are having a hard time moderating their promise of change with the reality of hardship they are confronted with.

What should happen going forward: APC should continue on the current path of pursuing meaningful exchange with the masses, and imperturbably explain how their policies will work for the good of the country so that their efforts in engendering change are not stonewalled. That is the definition of democracy, which so many others have forgotten.