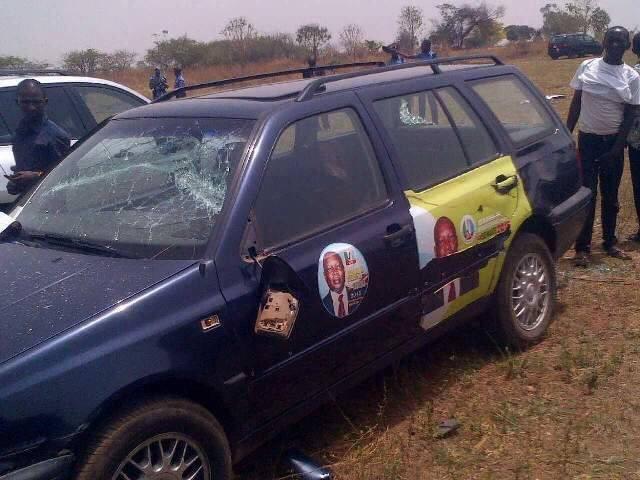 Samuel Aruwan, spokesperson of Kaduna State APC Campaign Council said in a statement made available to newsmen in Kaduna.

Shekarau, in company of APC stalwarts, was in the town to attend the annual Gwong Day celebration when he was attacked by the thugs who were wielding dangerous weapons as they chanted PDP slogans in the venue.

Shekarau’s personal car was also smashed by the hoodlums.

Explaining how the attack happened, Shekarau said: “On getting to the venue, I was subjected to thorough security check, suddenly hoodlums started attacking me with clubs and dangerous weapons. I escaped but they destroyed 16 cars belonging to our party and my bulletproof car.

“The security personnel saw all that transpired and none of them tried to repel the hoodlums who were brought to Southern Kaduna in droves.

“It is quite unfortunate and condemnable. How can such a thing be allowed by a government that said it wants peace? It is a clear case of inciting violence and intimidation in the name of politics.”

The attack on Shekarau is the latest in a series of violent incidents targeting APC supporters in Kaduna State. The attacks have not been restricted to persons. Last week in Zaria, thugs, assisted by security agents, destroyed APC billboards. 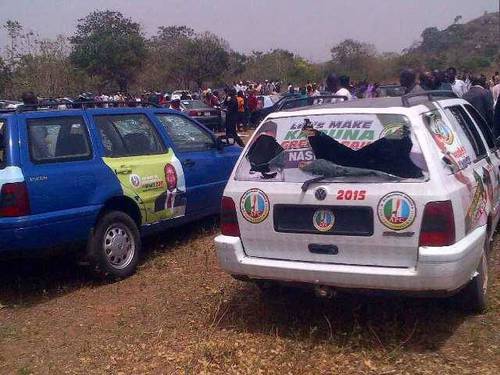 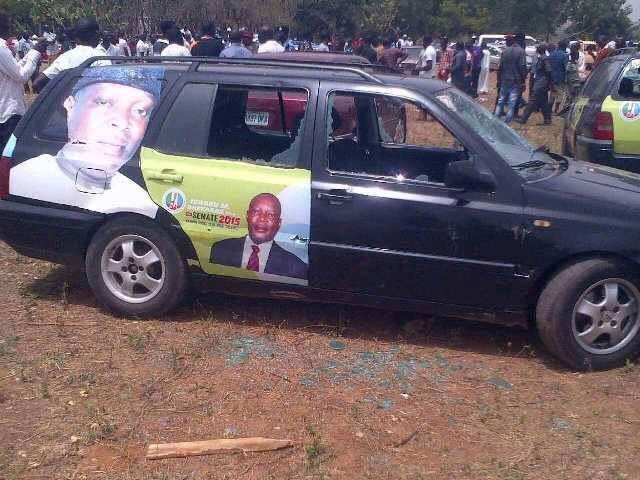