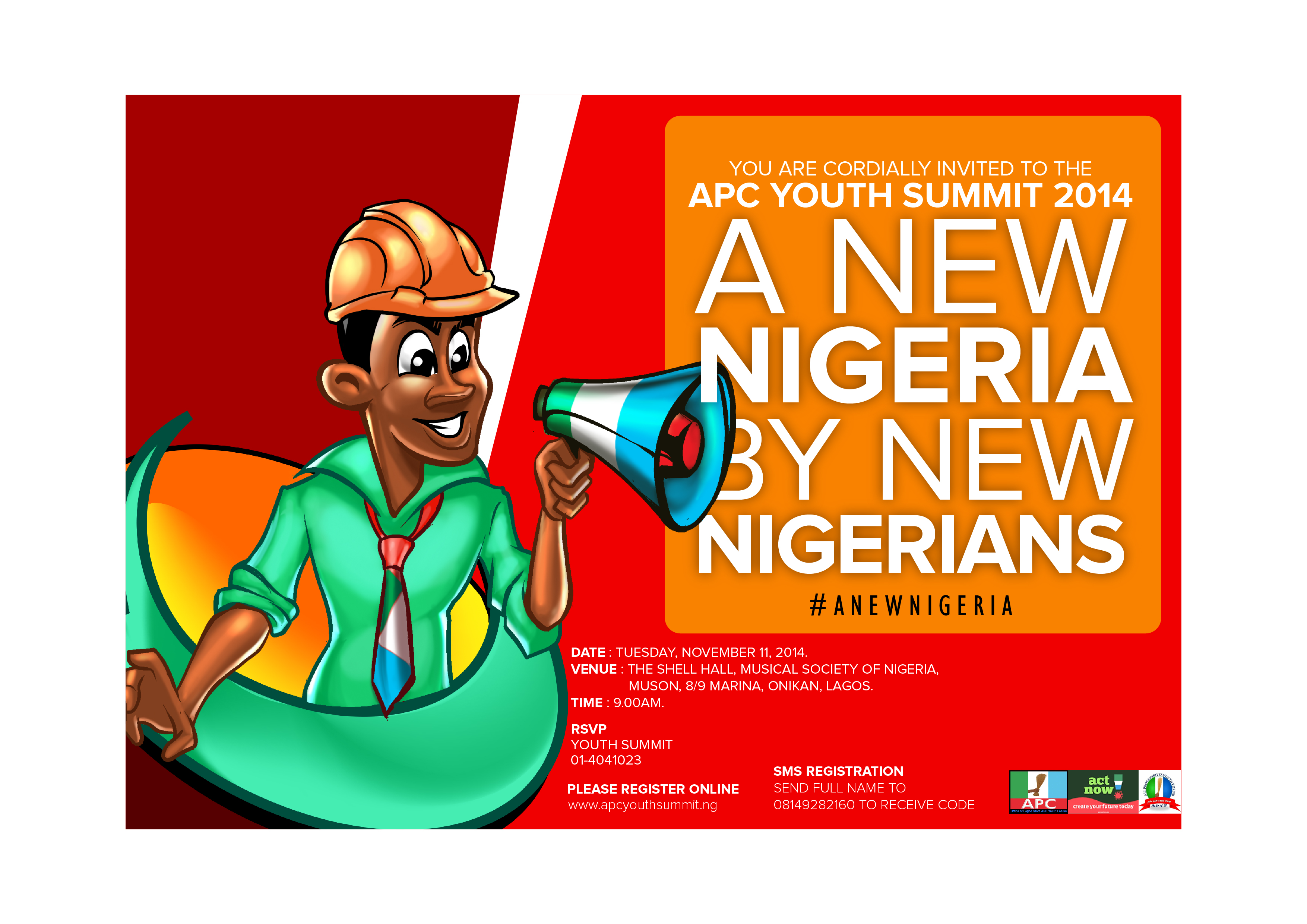 On Tuesday, November 11, young party members of the All Progressives Congress (APC) will converge at the Shell Hall, Muson Centre, on Lagos Island to share ideas and discuss important issues related to Nigeria.

The event is being organized by Act Now (a political strategy group affiliated to the APC), the All Progressives Youth Forum (APYF) and the Office of the Lagos State APC Youth Leader.

In a press statement signed by Ikem Isiekwena, member of the Planning Committee, he said the goal of the summit is to translate the energies of young people into positive political action.

His words: “As with many issues today, a generation gap is evident,” a statement from the organizers read. “Young people, mostly, feel politics is a game almost solely played by older people. With a median age of 17.9 years, Nigeria’s political space has a stubborn vacuum that must be filled up by the interested, participating and competent young people.

“The idea of the Summit was borne out of the need to fill this vacuum. Young members of the party recognise a need for the party to take the conversation from various Social Media outlets to an organised structure and commence a dialogue with the youth on its plans for a New Nigeria, a New Nigeria with emphasis on economic and political inclusion.”

The statement further reads that: “We are organizing the Youth Summit as a platform for young Nigerians to engage the All Progressives Congress on its plans for a new Nigeria. It will also serve as an avenue to present the three measures to support the participation of young Nigerians in the political process. The summit is themed ‘A New Nigeria by New Nigerians’ and its discussion will center on economic opportunities, social welfare and political participation.”