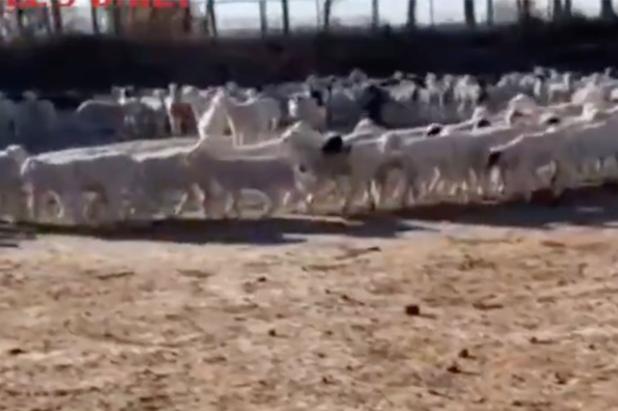 A large flock of sheep has reportedly been seen marching in a circle for ten days, prompting some to call it a “sign of the apocalypse.” The massive herd is said to have been walking in a clockwise direction en masse and without direction, forming a perfect circle in the center where not a single sheep has stepped.

The unusual video was captured on November 4 in the Mongolian city of Baotou, and some have speculated that the strange occurrence could be of the occult or even a sign of the end of the world. After the video was shared on Twitter, many viewers were perplexed and began commenting to try to figure out what was going on in the video.

WATCH 🚨 Hundreds of sheep have been walking around in a circle for over 10 days in Inner Mongolia, China pic.twitter.com/kaNoneQLrz

What are your thoughts on the video? Tell us in the comments…

Billy, a Twitter user, posted the video, claiming that “a flock of Sheep in Inner Mongolia have been walking in a circle for over 10 days straight and no one knows why.”