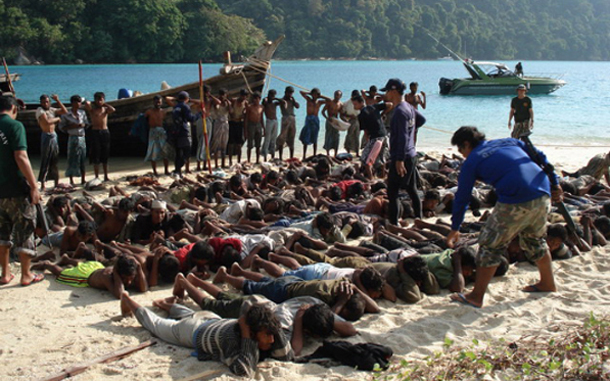 Footnotes:
[i] http://edition.cnn.com/2009/WORLD/asiapcf/02/12/thailand.refugees.admission/index.html
[ii] The full name of the convention signed by members of the UN is the Geneva Convention Relating to the Status of Refugees
[iii] “No Contracting State shall expel or return (“refouler”) a refugee in any manner whatsoever to the frontiers of territories where his life or freedom would be threatened on account of his race, religion, nationality, membership of a particular social group or political opinion.” (Article 33/1)
[iv] http://www.milligazette.com/news/11598-burmese-muslims-stateless-at-home-no-refuge-elsewhere