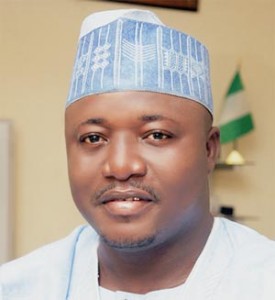 Chief speaker of the group, Arewa Youths Consultative Forum, who issued the eviction notice to Nigerians of Igbo extraction to vacate the 19 northern states before October 1st, Mr. Shettima Yerima, has said that he is neither hiding nor will go into hiding, maintaining that he is even ready for arrest and questioning by the security agencies if he were declared wanted.

Mr. Yerima even dared say that as it is, that nobody, not even the police or other security agencies are currently looking for him, maintaining still that Ndigbo should leave the northern states before the elapse of the deadline.

In an interview with newsmen, Yerima was quoted saying, “I did not go into hiding and will never go into hiding. We need to put the record straight.”

“Why should I go into hiding? I have a name, I have a face. I am not faceless.

“I am not hiding anywhere. Why should I hide? Where did I go wrong? Somebody wants to go and I said, ‘go, you’re free to go’. What is wrong about it?

“You cannot be in our country and begin to clamour for another country. Go to your place and declare your own country, not in my zone. It is a simple language. I have not committed any offence,” Yerima added.

Recall that the Arewa youths had issued the eviction notice to Ndigbo living in the 19 states that make up the northern Nigeria. Such hate notice had equally drawn counter notices from other parts of the country even as well-meaning Nigerians from all walks of life have spoken out in condemnation of such threats.

The Acting President, Professor Yemi Osinbajo kick-started a peace and conflict resolution dialogue with leaders of the various parties to ensure that a lasting solution reigns in the country.

However, the Arewa youths who have still maintained their ground that Ndigbo must leave had equally written Osinbajo, insisting that the Igbos must leave Nigeria, claiming that the continuous agitation for self-independence by the Indigenous People of Biafra, IPOB, and the widely adjudged mega success of the recent sit-at-home exercise by the pro-Biafran supporters is an affront to the North.

Meanwhile, the leader of IPOB, Mazi Nnamdi Kanu and his supporters have continued to hold-sway on their agitation, even saying there would be no election in Anambra state come November if a referendum is not conducted in Nigeria.