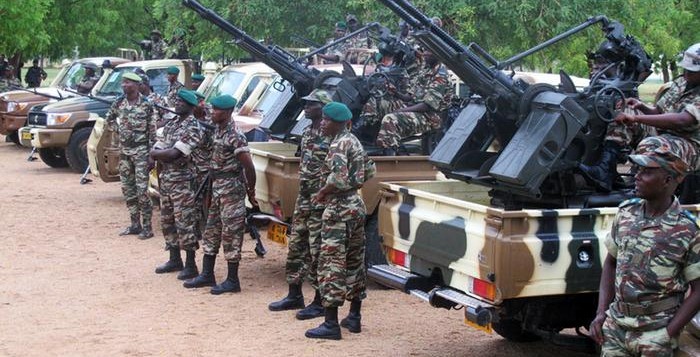 YAOUNDE, CAMEROON— Cameroon authorities say at least 600 suspected Boko Haram fighters crossed Lake Chad and simultaneously attacked several villages and towns Friday, leading to the arrests of 25 of the insurgents and the drowning deaths of hundreds of others.Issa Tchiroma Bakari, Cameroon’s minister of communication, said fierce fighting erupted in the villages of Ngouma, Sagme, Ardebe, Dambore and Soueram when government forces attempted to retake them from insurgents.

The fighters, thought to have come from Maiduguri in northeastern Nigeria, had entered northern Cameroon from Lake Chad, which also borders Nigeria, Chad and Niger. They reportedly ransacked the Cameroonian villages and stole livestock.

“Our defense and security forces vigorously retaliated against this barbaric attack and forced the attackers to retreat,” Tchiroma said. “This terrorist organization is only aimed at jeopardizing peace and security in our country.”

Tchiroma said Cameroon’s military arrested 25 of the attackers and killed several.  Hundreds of others were swallowed by the waters of Lake Chad after their boats capsized or sank when they tried to escape.

As the fighting was going on in the five villages near Lake Chad, hundreds of other suspected Boko Haram fighters from Nigeria’s Borno state attacked Cameroonian towns of Bankim, Amchide and Limani.

The incident marked the third time in which Cameroon reported attackers infiltrating through Lake Chad. The violent Boko Haram group has frequently carried out attacks on land over the border.