The Nigerian army has debunked several claims by Nigerian president Mohammed Buhari that no Nigerian territory is still under Boko Haram control. Since at least January of 2016, Buhari had made that false claim to international audiences. 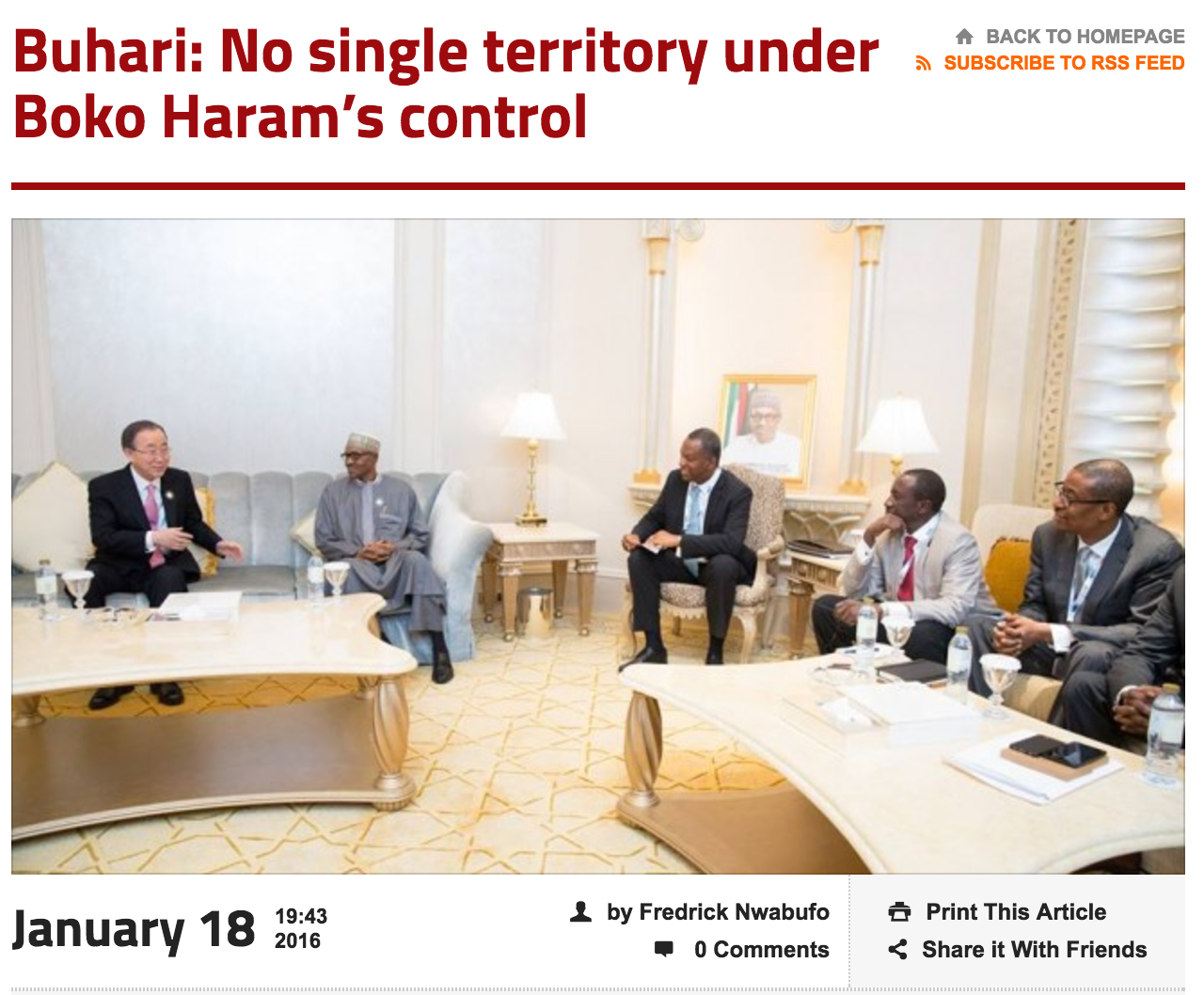 Contradicting the president’s pronouncements, the army just announced that it rescued a whopping figure of 1,623 Nigerians who had been held by the terrorists in Kala Balge local government.

Troops on clearance operations on Monday at Jarawa village in Kala Balge Local Government Area of Borno, rescued 1,623 captives held by remnants of Boko Haram terrorists after they neutralised 21 terrorists in a battle, an official said.

“The rescued persons have been escorted to Rann Internally Displaced Persons (IDP) Camp, while all the children were vaccinated,” Mr. Usman, a brigadier general said.

He said the troops of 3 Battalion, 22 Brigade also cleared terrorists from Deima, Artano, Saduguma, Duve, Bardo, Kala, Bok, Msherde and Ahirde settlements, based on tip off.

“One significant aspect of this operation is that the unit noted for its experience in battle, resilience and bravery did not record any casualty,” the army spokesman said.