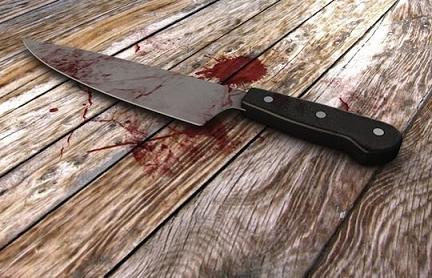 While our college administrators shut lecture rooms to establish their position on university autonomy and financial freedom, hides under ASUU, ASUP, NASU, SSANU, COEASU to assert their independence, it never occurred to me that a small republic in the Federal Republic of Nigeria has in it a vice chancellor who also doubles as the Student Bank Governor (SBG) of a students’ union. That a university, that supposedly utopian space where every idea, every opinion, every thought, every dissident view, every contrary conjecture should be entertained has a vice chancellor as the custodian of students’ dues is a testament to a nation held under the shackles of incivility, a youthful population placed under a siege of docility, an unprincipled university system bereft of the basics of universality, and an educational system desired to gag, constructed to suppress, and wired as an instrument of mockery and disdain for sensibilities and conscious conduct.

As I write, the Yaba College of Technology has its Rector, Mrs. Kudirat Ladipo as the students’ union president; between August and September 2014, the vice chancellor of the Olabisi Onabanjo University, Mr. Saburi Adesanya appointed himself as the head of the students; in the University of Lagos, it took ten years to unseat four successive vice chancellors from the students’ chamber; the Lagos State University was not an exception as the senate in 2011, added the responsibilities of the students’ legislative body to theirs. It took the Federal College of Education, Obudu seven years to wrestle their government from the despots in gown (DIG); in the University of Ibadan, it was between 2003/2004 and 2010/11; Obafemi Awolowo University fell under a hooded dictatorship between 2011 and 2015, Ekiti state university faced a three year vice chancellors’ coup while Ladoke Akintola University of Technology, University of Port Harcourt battled with theirs at separate times. Even the Nigerian Institute of Journalism colonialised its students for thirty-three years before granting them independence.

That Mr. Joseph Ohaneku decided to murder the manliness in his first son, Mr. Noble Esiri for questioning him among other things on why he continue to sit on the pot of soup garnished by the students’ of the Nnamdi Azikiwe university is a sad confirmation of the despotic acts that occur unabated in our citadels of learning. What reason could be adduced from the fact that the students’ union of the Nnamdi Azikiwe University keeps its money with the school? In one of Mr. Esiri’s letter to the vice chancellor, he asked to know “the amount of money in the Union account, which comes from student dues, and has been kept secret by the university administration”. Others include:  “the sum of 45 million naira ‘biometric capturing fee’ paid by 6000 first year students, Increment in the General Studies (GS) fee of Year one students from N1,000 to N4,000, Increment in the Continuous Education Programme (CEP) school fees from N35,000 to N39, 800, Payment of National Health Insurance Scheme (NHIS) dues of N2,500 and yet there is no clinic.”

As a consequence of his audacity, this young man was intimidated, his home ransacked, his colleagues were mobilised by the school to impeach him and he was suspended from the institution. Giving an account of what transpired, Mr. Esiri wrote: “In the meeting which held on the 8th of May, my phone was seized from me and I was almost slapped and intimidated by words spoken by the management staff present in the meeting. I still felt unsatisfied with the response he gave us and unfortunately the letter got to other fellow students. While the whole situation grew tense, the Students’ Union Government bus under my care was seized from me, my friends were arrested and threatened and I too was threatened by the Personal Assistant to the Vice Chancellor. It is also important to note that the University management never gave me money for the maintenance of the SUG bus, though I have written to them on countless occasions, rather my parents had always provided me with the money with which I have continuously repaired and maintained it. The only condition he gave me to remain in office was to recant all I said in the letter by calling a press conference which I will address.”

That the same vice chancellors’ who suppresses student governments in their respective campuses either through intimidation of unionists or outright proscription would accept to serve as electoral umpires is a bold confirmation of the hypocrisy and lack of shame in them! While Mr. Ahaneku was busy usurping the responsibilities of a student’s body at home, he poses as a bastion of freedom and democracy in Ebonyi state where he served as a resident electoral commissioner. Mr. Oye ibidapo-Obe was not an exception as he worked tirelessly to preach the ideals of democracy in Imo state having masterminded the proscription of the students’ union in the University of Lagos in 2005.

“As soon as people realize that it is impossible for a chicken to produce a duck-egg, even though they both belong to the same family of fowl, so called fowl.” Says Malcolm X, at the Militant Labour Forum, “a chicken doesn’t have within its system to produce a duck-egg. It can’t do it. It can only produce according to what that particular system was constructed to produce; and if ever a chicken did produce a duck-egg, I’m quite sure you’d say that it was certainly a revolutionary chicken.” The 2015 elections were largely successful because of the sagacity of a Nigerian revolutionary, Professor Attahiru Jega; left to these vice chancellors who murder student governments in their institutions, democracy would have been a lost cause in the country.

That some students’ manifest corrupt tendencies is a fact. That a student union might be infiltrated by cult members is no doubt. But a university, being a knowledge-driven, research-oriented and a pivotal space for the rebirth of a new nation should never make the fatal error of interfering in the democratic process of students’ as it makes youths doubt their leadership capabilities and capacities of self-government. Over time, we’ve observed that the proscription of students’ government have had no effects on the taming of vices hung on the shoulders of the student unions.

Any time a provost, rector or vice chancellor adds the portfolio of a students’ union executive to that of his or her office, (s)he stands as a perfect example a feeble-minded scholar who suppresses the growth of education and youth’s development.