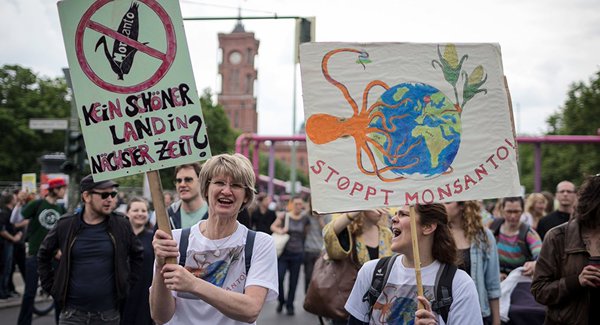 More than 400 simultaneous demonstrations around the world are voicing fury at US biotech leviathan Monsanto, which is facing a hostile takeover from German pharmaceuticals company Bayer, RT reports.

“The whole world hates Monsanto!” read the banners among a throng in Paris, marching to the sound of a drum band.

This is happening as Nigeria just announced that it was accepting three varieties of Monsanto engineered maize seeds to be given to farmers.

The world meanwhile is rejecting Monsanto and other engineered organisms with Russia promising to lead the world as its top organic food producer.