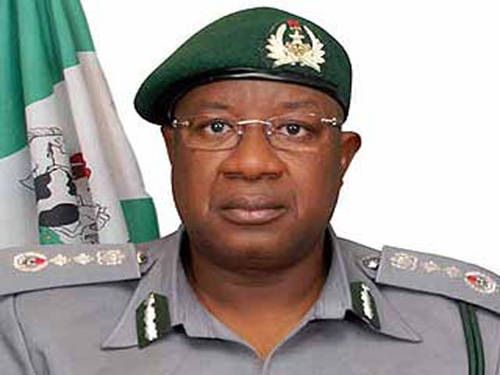 A former Comptroller-General of the Nigerian Customs Service, Abdullahi Dikko Inde, has been admitted to hospital shortly after being arrested in Abuja by the Economic and Financial Crimes Commission (EFCC).

Daily Trust gathered yesterday that Inde who was at the EFCC office in the morning of Thursday, June 16, 2016, to answer questions over allegations of financial crimes was later hospitalized when he complained of ill-health.

A top EFCC source who spoke on condition of anonymity said Inde was still under the custody of the EFCC and was not detained by the commission because he was not feeling okay.

He maintained that Inde was considered under EFCC custody because the investigation into his alleged financial crimes was ongoing, noting that the EFCC may arraign him in court once his health gets better.
Inde, the source revealed, is being grilled over the source of the funds with which he acquired the palatial mansion located at 1, Audu Ogbe Street, Jabi Abuja valued at over N2bn.

“There is also a further allegation that he diverted over N40bn from Customs coffers. The funds were allegedly drawn from proceeds of the 7% cost of collection and 1% comprehensive import supervision scheme,” the source added.

In a related development, a former governor of Adamawa State, James Ngilari, has also been hospitalized after his detention by the EFCC.

Daily Trust gathered on Saturday that the former governor who is being investigated over allegations of financial crimes has been transferred to a hospital in Gombe State.
According to EFCC sources, the former governor who had been detained for over two days at the Gombe office of the EFCC complained of ill health and has been transferred to hospital.

Ngilari is being investigated over his alleged involvement in the disbursement of about N450m campaign funds for the re-election of former president, Goodluck Jonathan.