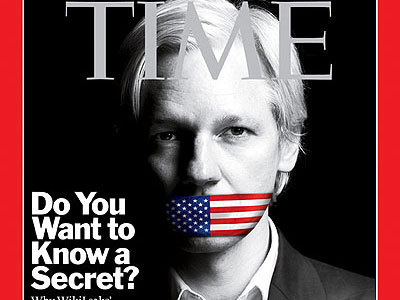 WikiLeaks founder Julian Assange has spoken out against US presidential candidate Hillary Clinton, calling her a “war hawk with bad judgment” who gets an “emotional rush out of killing people.”

“A vote today for Hillary Clinton is a vote for endless, stupid war,” Assange wrote via the @wikileaks Twitter account on Tuesday.

He added that he has “years of experience in dealing with Hillary Clinton and have read thousands of her cables. Hillary lacks judgment and will push the United States into endless wars which spread terrorism.”

Assange also highlighted Clinton’s “poor policy decisions,” which he said have “directly contributed” to the rise of Islamic State (IS, formerly ISIS/ISIL).

Stating that Clinton went above the heads of Pentagon generals when it came to Libya, he wrote: “Libya has been destroyed. It became a haven for ISIS. The Libyan national armory was looted and hundreds of tons of weapons were transferred to jihadists in Syria.”

He went on to state that Clinton did not learn from her mistakes, and set out to repeat history in Syria.

“Having learned nothing from the Libyan disaster Hillary then set about trying do the same in Syria. Hillary’s war has increased terrorism, killed tens of thousands of innocent civilians and has set back women’s rights in the Middle East by hundreds of years,” he wrote.

Referring to a CBS interview with Clinton in 2011, Assange expressed his disgust with her after she became “wild-eyed” and“publicly took credit for the destruction of the Libyan state,” gloating that “We came, we saw, he (Muammar Gaddafi) died!”

“In the momentary thrill of the kill, she had aped, of all people, Julius Caesar,” Assange wrote.

He concluded by saying that Clinton “shouldn’t be let near a gun shop, let alone an army. And she certainly should not become president of the United States.”

But despite Assange’s loathing for Clinton, she is still in contention to win the Democratic nomination for the presidential election in November.

Assange wrote the memo from the Ecuadorian embassy in London, where he has been holed up for over three years after being granted asylum in order to avoid extradition to Sweden, where he faces sexual assault allegations. From Sweden, the WikiLeaks founder fears he would be extradited to the US for publishing classified US military and diplomat documents in 2010 – a move which amounted to the largest information leak in United States history. RT