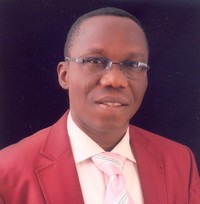 The embattled General Superintendent of Assemblies of God Church, Rev Prof Paul Emeka had alleged that  over N150 million naira was looted by the Rev Chidi Okoroafor led illegal executives  just within six weeks of his purported suspension and that by now it is clocking close to half a billion naira. Speaking with Rev Obinna Akukwe, a church leader and Director of Media of General Assembly of all Igbo Christian Organizations and Ministers (GAAICOM) who led a team of gospel ministers on a mediatory mission to resolve the crisis in the once prestigious Assemblies of God Church, the cleric said that he is ready for dialogue with those who wanted to remove him at all costs. He also said that he is ready to forgive those who dragged his name to the mud in the interest of peace in the body of Christ.

GAAICOM officials also obtained a copy of his official reply to the allegations of administrative and financial misconduct which led to his controversial suspension in March 2014.  Rev Paul Emeka claimed that within six weeks of his purported suspension, the usurpers have already looted about N150 million naira and even went as far as forging his signature on a cheque of N9million naira. According to the cleric “these illegal men have looted and spent more than N150 million of the General Council funds. They keep holding these illegal meetings with the District Superintendents and Treasurers from zone to zone, telling them how they would remit money to them. They have opened new accounts because I keep blocking any existing accounts I discover. They are mercilessly dealing with the General Council funds with which they service their numerous lawyers and members of their think-tank whom they quarter in various places to keep manipulating the church and the court with lies. They even forged my signature on a cheque of N9 million on March 18. Thank God that the bank alerted me promptly”.

Rev Emeka dismissed his suspension as illegal and unconstitutional. Implying vindictive motive behind his purported removal, he said that “Suspension as a form of discipline in the Assemblies of God is designed to serve a spiritual and holy purpose and not to achieve political and vindictive purpose. The purported suspension pronounced on me on March 6, 2014 was the meanest exercise of discipline. It was motivated by hatred, god-fatherism, envy and opportunism. It fell short of a legal General Committee.”. Going further the embattled General Superintendent told Rev Akukwe and other clerics  that his suspension followed the usual unconstitutional means whereby Nigerian politicians remove people from office without recourse to laid down procedures and believes that there is “ a moral duty on me to resist this type of imposition so that it does not become a custom in the Assemblies of God Church whereby a few persons can just gang up and use force to remove an elected church leader without following the laid down procedure.”

Rev Emeka believes that there was no quorum for the meetings neither were the right participants in attendance implying that the committee that suspended him was an illegal one. According to him “The body that pronounced that suspension was a wrong one. The so-called General Committee did not have up to twenty unit heads out of about 105 unit heads. In other words, it didn’t have a quorum. In the roll call, according to the video, majority of the Districts were absent. Observers were used as voting members. This was in addition to the fact that the process was wrong. The GS is the only one authorized by the constitution to call for a General Committee.”. Clarifying further the cleric said that “The Ambassadors of the Kingdom filled the hall. The Ambassadors were to participate only if their Districts delegated them to come. But being Ambassadors did not automatically qualify them to be there and do business. Rather, they were supposed to be there as a party having a case with the GS. Unfortunately, it was the Ambassadors who wrote petitions against me, they judged me, convicted me, condemned me and punished me. They moved the motions to nail me, These were the same people who signed the petition against me.”

Rev Emeka decried the unholy involvement of the immediate past General Superintendent, Rev Dr Charles Osueke in the plot to unseat him and described the entire plot as “the unholiest plot of the century. It was anything but holy. It was driven by hate, a long-held desire to revenge a perceived a personal wrong. It was driven by a passionate desire to make good his plot to enthrone his god-son Chidi Okoroafor.”

Clarifying further on his claims the cleric said that “It is necessary to inform you, according to their video tape, that even before coming to the meeting, they had decided what to do to me, and the least of these evil plots was to step me down. This they decided to do even when they had not heard from me. During the meeting, they used votes to decide whether I would be stepped down or be suspended. In Assemblies of God, we do not use votes to decide the suspension of a person. You cannot decide the punishment of an adulterer, a thief, etc. with votes. Therefore, if I really had sinned and they knew it, there wouldn’t have been any need to vote to decide which discipline to mete out on me.”

Rev Paul Emeka alleged that his travails began when he decided to introduce financial propriety into the system. He decried a situation whereby in Evangel University, within the first month of operation brought a salary bill of N6 million naira and in the second month the salary was jerked to N9 million while by the third month it escalated to N13 million even when a student population of 73 does not justify such increment. He claimed to have complained that they were employing staff for the university without due consultation to the point that 135 staff were serving 73 students within a few months of operation and his complaints was misinterpreted as disloyalty to the status quo.

Rev Paul Emeka also believed that his proposal to increase the pension of retired pastors of the church brought him in conflict with an interest that wants their retired pastors to continue to suffer. He wondered why they preferred to use pastor’s fund to run offices rather than increase pension to pastors. According to him “As at last year, the pastors fund generated N2.5 billion from the time that scheme started, all that had been paid to the pastors was only N123million in 16 years, up to N300 million and more was spent on office.

The purpose of that scheme was not to run office or other things but to help our pastors in retirement but many of them are suffering and we felt free to our conscience to allow them in that state and pay lip service to our holiness.

Meanwhile a senior cleric in the church who is part of the arrowhead of the suspension of General Superintendent, have claimed that the  main issues against Rev Paul Emeka has to do with introduction of strange practices in the church. Speaking to Rev Akukwe and GAAICOM officials on condition of anonymity, the cleric claimed that “Rev Paul Emeka introduced the wearing of rings, worldly dancing and signings into the church and is on a mission to radicalize the spiritual structure of the church. He is giving prominence to some Evangelists in the church who are preaching prosperity at the expense of holiness and the Ambassadors have to salvage the church before the devil takes over”.He also alleged that some ” pastoral urchins known as GS boys have been diluting the traditional message of the church and introducing devilish flamboyancy and pride into the gospel.”

He described Rev Dr Chidi Okoroafor as the man that will take the church to the next levels and expressed optimism that the meeting of the General Council scheduled for the 26th of June will finally “throw Rev Emeka out of the place for sanity to prevail.”

Meanwhile the attempt by the Rev Chidi Okoroafor led executive Committee to hold a meeting on the 24th of June for the purposes of per-empting the scheduled General Council meeting as met with resistance resulting in fistcuffs from church members who blocked the gates of the church venue at Isiagu Street Achara Layout Enugu in the same manner  Mbaise priests and parishioners stopped Bishop Okpalaeke from assuming his office as the Local Ordinary of  Ahiara Catholic Diocese, a situation bringing worries to the church leadership in the South East.. GAAICOM is still exploring all avenues of peace to stem further conflict in  the body of Christ.