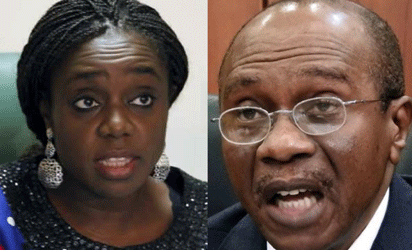 The Code of Conduct Bureau says it may be forced to arrest and possibly prosecute at least 19 ministers and heads of agencies in the President Muhammadu Buhari’s government for non-compliance with procedures of declaring their assets.

The 19 federal government appointees, according to a statement issued by the CCB Chairman, Sam Saba, have so far not honoured invitations to appear before the Bureau to clear their asset declaration claims.

The bureau however praised some top officials of the Nigerian government like the Chief of Army Staff, Tukur Buratai, and the Inspector General of Police, Ibrahim Idris, for promptly complying with the asset declaration protocol within the stipulated time.

The CCB boss said the bureau has invited some serving ministers and heads of agencies among others over “issues” pertaining to their asset declaration requirements, but most of them have failed to respond.

“Pursuant to paragraph 11 of Part 1 of the 5th Schedule to the 1999 Constitution (as amended), every public officer is required to submit to the CCB a written declaration of all his properties, assets and liabilities and those of his/her spouse (if not a public officer) and his unmarried children under the age of eighteen years,” the bureau said.

“Any statement in such declaration that is found to be false by any authority or person authorized in that behalf to verify it shall be deemed to be a breach of this Code.

“To this end, the Bureau has commenced its 2016 4th Quarter cycle of conference and Field verifications of assets of top public officers.

“Accordingly, letters of invitation have been dispatched to Ministers of the Federal Republic of Nigeria, Service Chiefs and other top Public Officers.

“This exercise is ongoing and is being carried out concurrently at the Federal, State and Local Government levels.

“At a satisfactory completion of the exercise, Public Officers are issued with certificate of Assets Conference Verification/Field Verification as the case maybe.”

“CCB however, commends those public officers, who honoured its invitations promptly and submitted themselves for the exercise!”

More ministers, including the Attorney General of the Federation, had been sent letter of invitation by CCB, and it has not been confirmed if they would honour the invite when it comes to their turn to appear before the Bureau.