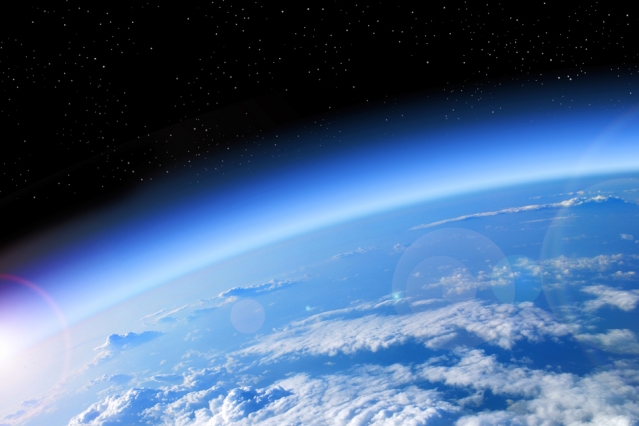 In order for a living thing to survive on this planet, countless details must exist: Earth being located a specific distance from the Sun; a specific temperature range; the carbon, ozone, and water cycles; the minerals produced by micro-organisms; photosynthesis; Earth’s particular angle of inclination; gravity and other forces that keep atomic particles together; and many, many more. This world has been created in such a way that all of these conditions are maintained. If the atmosphere that surrounds this miraculous planet and maintains all of these balances were removed, life would end.

A specific range of temperature and light permits human beings to live on Earth. The flaming heat and freezing cold in space, and its deadly rays, only reach us through the filter-like atmosphere at levels sufficient to keep us alive. A single solar burst gives off a level of energy equivalent to a 100-billion-ton bomb of the kind that destroyed Hiroshima. Thanks to the atmosphere, this destructive force reaches Earth in the most ideal form. Were a slightly higher level of infrared and ultraviolet, gamma, and micro rays allowed through, all living things would cease to exist.

This shield has protected Earth for billions of years from these rays’ deadly effects. If the atmosphere were to stop functioning, could another protective shield be established to replace it? Is there any other method of protecting human beings from potentially lethal rays and blazing heat? The answers to both questions is “no,” for no human power or technology could devise such a flawless system. This being the case, how could anyone logically expect a new atmosphere to come into being by chance?

Nobody whose powers of reason are fully functional and who has a conscience could even admit the possibility of this flawless work coming into being by chance. There would also be no time for such a waiting period, since life would come to an end in the very first moment. In other words, our planet’s atmosphere is part of Almighty and All-Powerful Allah’s magnificent artistry, He Who reveals His greatness at all times and in all events:

We placed firmly embedded mountains on Earth so it would not move under them, and put broad valleys as roadways in it so that, perhaps, they might be guided. We made the sky a preserved and protected roof, yet still they turn away from Our Signs. (Surat al-Anbiya’, 31-32)