You might have read in the social media that A. A. Rano petrol in Kano is selling fuel at N107/litre.

Firstly, A. A. Rano never sold its fuel at such price. If they did for some hours, they were only selling off old stock received at the N86.50/litre CBN dollar imported rate.

Secondly, while we know that the fuel scarcity was artificial in order to hike the price, even if A. A Rano petroleum wished to sell petrol at such price, Kachikwu would not allow it as this is illegal under the new hike regulation.

Petroleum in Nigeria was not deregulated to allow such competitive offers but the Federal government actually hiked and strictly regulated the price of PMS at between N135-145, not a naira less.

This was to promote marketers’ business and investment in cabal owned private refineries. As such no petrol station is allowed to sell at a competitive price below N135.

Similar propaganda was also pushed by pro-government agents and fuel marketer cabal claiming that Forte petroleum too sold fuel at N115. This was discounted by official statement as in image at top right.

A lot of similar misleading and fake propaganda has been promoted to promote the fuel hike and breakup the anti fuel and electricity hike strike. 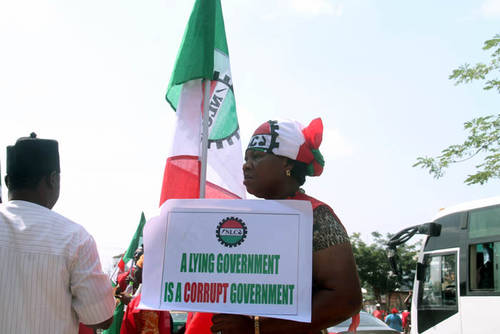 The FGN is telling and promoting any tale it can to get this hike to pass with little resistance. It was noticed that till now, there has not been any official statement from the government on the fuel price hike as is required. The news was broken to the public through a series of inconsistent, shoddy and often misleading rumor statements and casual comments from government officials without public formal press statement.

As/if global oil prices rise as they have of late, the regulated pump price of petrol in Nigeria is only going to keep going up. 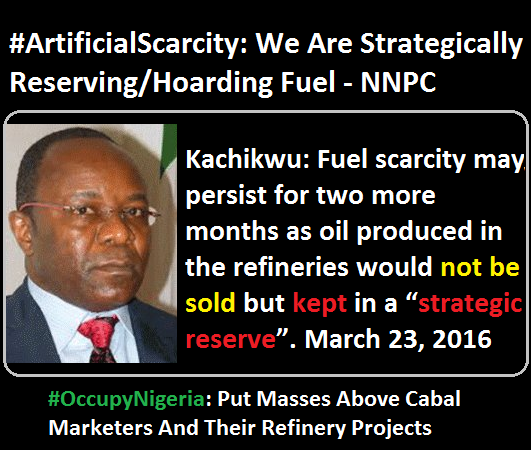