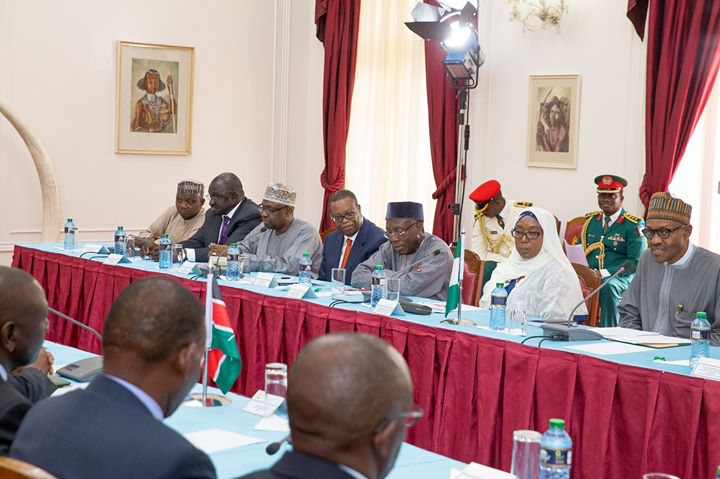 President Muhammadu Buhari has said that the African Union’s (AU) vision to silence the guns and reduce preventable conflict-related deaths in the continent by 2020 must be achieved “now’’.

The statement said that the president was speaking at the 26th AU summit in Addis Ababa on Sunday.This is contained in a statement issued in Abuja by Mr Femi Adesina, Special Adviser on Media and Publicity to President Buhari.

President Buhari decried the use of scarce resources in Africa on armed conflicts rather than economic and social development of the continent.

The President challenged fellow African leaders to engage decisively with the people and government of South Sudan and Burundi to bring the conflicts they faced to a speedy end.

He added that African leaders must also forge a united front to rid the continent of the scourge of terrorism and face together with determination the noble goals of Agenda 2063, as espoused by the AU.

“We have all shed blood for Africa to be free, but the irony is that, today, we are now killing each other.

“Rather than facing the developmental challenges confronting us, we are spending our scarce resources killing our children and inflicting unspeakable horrors and unimaginable hardship on our brothers and sisters.

“That is truly a tragedy and it must stop. Enough is enough!

“Within the framework of the African Union, we have to, as a matter of urgency, reach a consensus on how to silence the guns. Not by 2020 but now.

“Why must we wait? We must say “NO” to wars and conflicts on our continent,’’ the President maintained.

He restated Nigeria’s determination to wholly defeat terrorism and bring the war against Boko Haram to an end.

President Buhari said Nigeria would continue to partner with other member states of the Lake Chad Basin Commission, and Republic of Benin, through the Multinational Joint Task Force (MNJTF) to address the menace of Boko Haram insurgency.

The President reiterated Nigeria’s commitment to the unity, peace and prosperity of the continent.

“We in Nigeria have always been attached to the idea of African unity.

“During the struggle to win freedom for our brothers and sisters in Angola, Mozambique, Namibia, South Africa, and Zimbabwe, Nigeria was considered a front-line State, although we were not geographically on the frontline.

“This was because we took to heart the words of President Ben Bella of Algeria that we all had to die a little for all our brothers and sisters on the continent,’’ he said.