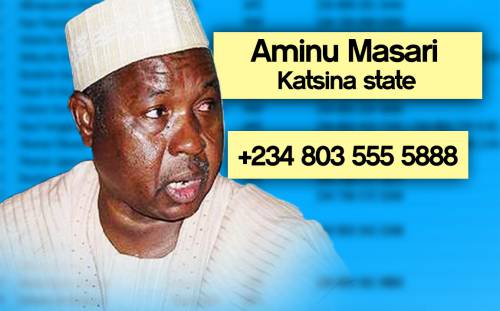 Mr. Aminu Bello Masari,  governor of Katsina State, has signed an order prohibiting any public assembly consisting of two or more people in any part of the state.

The prohibition was announced in a press statement signed by Mr. Masari’s Senior  Special Assistant on Media, Abdu Labaran Malumfashi.

According to the statement, the order, signed on February  27, is derived from the power conferred on the Governor by Section 97A of the Penal Code.

Based on this, the statement said Mr. Masari declared, as unlawful, any assembly of two or more persons in any part of the Katsina State under whatever guise. It added that it does not matter whether or not any of those gathered is armed with weapon/ instrument likely to cause death, bodily harm or intimidate members of the public. It also does not matter whether such could be used to enforce any right or compel any person to do what he is not legally bound to do.