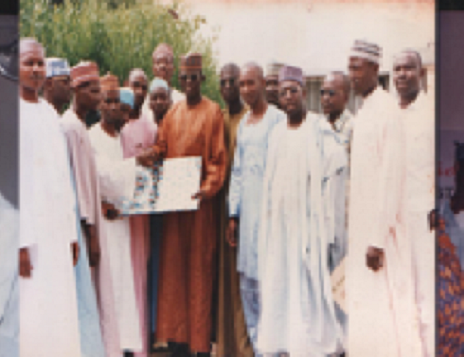 The Arewa Youths Forum (AYF) has declared its commitment to the peaceful co-existence of Nigeria.

AYF was responding to what it called the “outburst and frontal attack on the north” by Alhaji Mujahid Asari-Dokubo, who leads the Niger Delta People Volunteer Force.

AYF said that while it was pertinent to let the war mongers know that the north is not afraid of war, its members are advocates of peace and that the North can take care of itself, reminding Asari-Dokubo and others that that the region was the mainstay of the Nigerian state before the discovery of oil.

“We are not war mongers and will not and will never call for war within the polity of Nigeria,” the statement said.  “But we are bothered that, Asari Dokubo, Edwin Clark and co are turning President Goodluck Jonathan into an Ijaw leader instead of the President of the Federal Republic of Nigeria that he is.”

AYF threatened to “expose” Asari-Dokubo for whom he really is if he continues with his behavior, as he is “not the one to threaten any body” and should not continue in the way of threat or else we will be force to expose him for who he truly is.

The group urged President Jonathan and other well meaning Nigerians to call Asari-Dokubo to order in the interest of peace and national development, and on all Nigerians to pray for the peace, as it is only through peace that the country can move forward and surmount the challenges facing it.

“It is in this light that AYF believes that well meaning Nigerians including Muslim clerics and other elders from the north are condemning the activities of the Islamic sect,” the statement said, noting that many Muslim leaders have stated that what the Boko Haram sect is doing is Un-Islamic and should be stopped.

He described as “unfortunate” the  fact that people like likes of Asari-Dokubo are blaming the North for Boko Haram, as if every northerner is a member of Boko Haram.