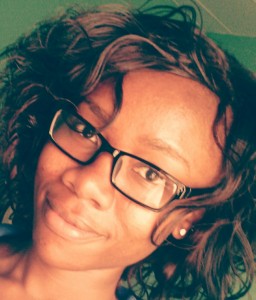 During the inauguration of the additional 220 megawatts power generating plant dedicated to Lagos State by Egbin Power Plant, the Minister of Power, Works and Housing, Babatunde Fashola, implied that Nigeria can have 24 hours electricity supply only if its citizens can afford it. The Nigerian Bulletin reports that the minister says a new power tariff will soon be launched in the country which will ensure Nigerians pay more for electricity, if they want to consume more. According to him, the Nigerian Federal Government will encourage the electricity distribution companies to allocate dedicated power to those consumers who are ready to pay more under a ‘willing buyer, willing seller basis’.

When Fashola was appointed minister, several Nigerians expressed hope towards his appointment by President Muhammadu Buhari and their positive attitude was due to Fashola’s antecedent as the Lagos State Governor where he addressed several challenges bordering on security and infrastructure. Going by Fashola’s statement, however, the tenability of Fashola’s plan, if 25 percent of Nigerians have no access to regular power supply, is questionable.

During the World Energy Day in November 2015, the Nigerian Association of Energy Economists (NAEE) reported that regular power supply is still restricted to only 25 percent of Nigerians. “It is estimated that the nation has as much as a 90 percent deficiency in electricity supply, while in off-grid areas where some 50 percent of Nigerians live, access to electricity is practically zero. Even in on-grid areas, power outages are still a recurrent theme and this has continued to pose serious constraints to economic development”, said Wumi Iledare, the National President, NAEE.

Does Nigeria have the necessary infrastructure required to generate power for the other 75 percent? DAAR communications reported that the CEO, General Electric Nigeria, Lazarus Angbazo, has said the country’s power sector is plagued by inadequate generating capacity and inadequate gas supply. He further remarked that vandalism of critical infrastructure, human capital issues, sector liquidity and a legacy of debt are some of the other challenges hampering the steady supply of power.

It would be smart if the minister tackled the infrastructural issues plaguing the sector as a way of steadying power supply before asking Nigerians to pay more than they already do for services that may not be available for every Nigerian. Information Nigeria reported, in November 2015, that consumers opposed further increment in the electricity tariff due to the fact that there was no increase in power generation to back the cost increase. The proposed increase, according to the Nigerian Electricity Regulatory Commission (NERC), would be between 21 per cent and 49.4 per cent. For commercial consumers, the tariff hike is by 21 percent, while residential consumers will pay 49.9 percent more.

According to the report, a statistical overview of electricity generation capacity in the last few years shows that the sector has not recorded any remarkable improvement.

Still, Fashola’s plan does not to address the reality of access to electricity, namely income inequality – it is almost like those who cannot afford to pay such high prices for electricity do not exist. Dr. Peregrino Brimah of Every Nigerian Do Something (ENDS) wrote about Fashola’s past policies as Lagos state governor, condemning his decision to demolish houses and placing a ban on commercial motorcycles and street begging without providing alternatives for the poor and vulnerable. Brimah suggests that Fashola is a product of elitism as he only seems interested in aiding the affluent and may detest destitution.