According to a police report, Jeremiah Igomigoh, 49, a former correctional officer and active security guard, shot his estranged ex-wife, Nnenna Laura Ogbonna, 44, and then shot himself afterwards.

At the time of the incident, the couple had separated following series of irreconcilable differences brothering on finances.

A source told Nigerian Trend that: “A Nigerian man from Delta state killed his wife an Igbo lady in Baltimore around 12pm/1pm and shot himself as well in the presence of his mother in law and 4-month old child. 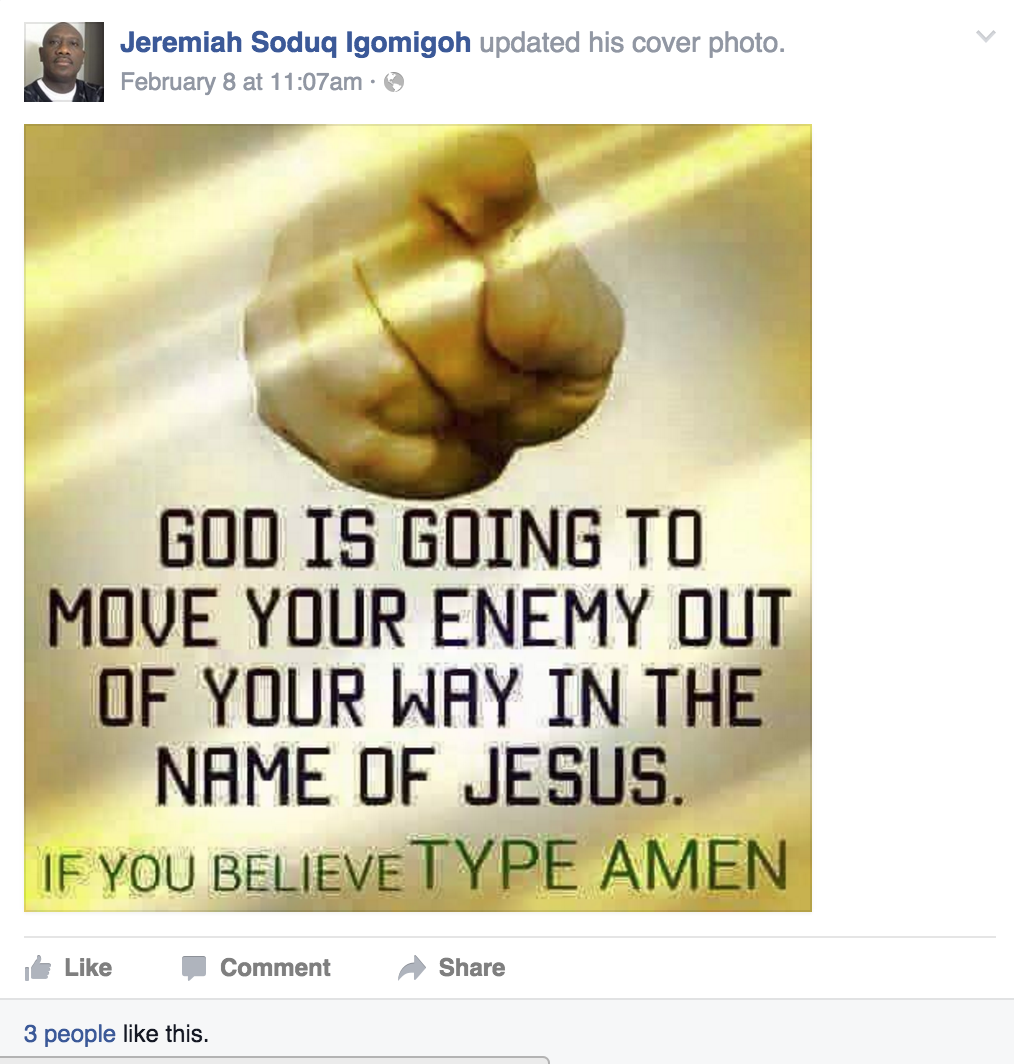 “The guy married her here and they both had 2 kids but unknown to her he also has a wife with three kids in Nigeria.

“The guy had filled for them and she accidentally found out, which was what led to her leaving the guy and renting an apartment in Essex.

“The problem was that the guy who was a correction officer filed tax returns late January 2016 and used both his three children from the first Nigerian wife plus Nnenna’s first child. That aggravated Nnenna who then reported it to IRS.

“IRS then wrote the guy to refund the money or face the consequences. He then now went over to her apartment demanding to speak to her. The end result was what we just heard.”

The Baltimore County Police on Wednesday, February 17 declared the tragic incident a murder-suicide.

During the altercation, the man shot his ex-wife before turning the gun on himself.

WBAL Baltimore news ‎ said Police were called shortly before 12:30 PM on Tuesday to the 700 block of Northrop Lane in Middle River, Maryland.

Police said they found two adults suffering from gunshot wounds. They were declared dead at the scene.

On Wednesday, police identified the man as Muhammadu S. Igomigoh, 49, and the woman as Nnenna L. Ogbonna, 44, a Licensed Practical Nurse (LPN).

Baltimore Police also said the handgun Igomigoh used was legally registered to him. Igomigoh also had a carry permit for the gun, which he used in his job as a security guard.