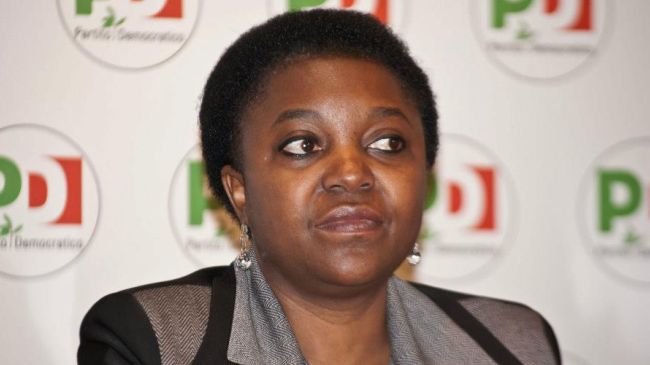 Italian Integration Minister Cecile Kyenge has been the target of yet another racist attack, the latest in a series of racist acts against the country’s first black minister.

The incident occurred in the town of Cervia in Ravenna Province on Friday when a spectator attending Kyenge’s speech during a Democratic Party rally hurled bananas at her.

The bananas missed the stage, though.

Kyenge later responded to the incident on Twitter, saying the move was “sad” and a waste of food, considering the country’s economic troubles.

“The courage and optimism to change things has to come above all from the bottom up to reach the institutions,” the Italian minister added.

Rome Mayor Gianni Alemanno disparaged the move as “another shameful and disgraceful gesture.” He said individuals with such behavior should be “isolated.”

Friday’s banana-throwing is not the first time Kyenge has come under a racist attack since she assumed her position in April.

Earlier in July, Vice-President of the Italian Senate Roberto Calderol said that Kyenge “made him think of an orangutan,” sparking criticism and condemnation from the country’s ministers.

In June, the Congolese-born minister even received online death threats ahead of a scheduled visit to the Veneto region, home to the racist Northern League party.

Last month, Dolores Valandro, a local Northern League politician, was expelled from the party after she wrote on Facebook, “Why doesn’t someone rape her (Kyenge), so she can understand what victims of atrocious crimes feel?”

Kyenge has also been the target of repeated racial slurs such as “Congolese monkey”, “Zulu” and the “black anti-Italian.” –Press