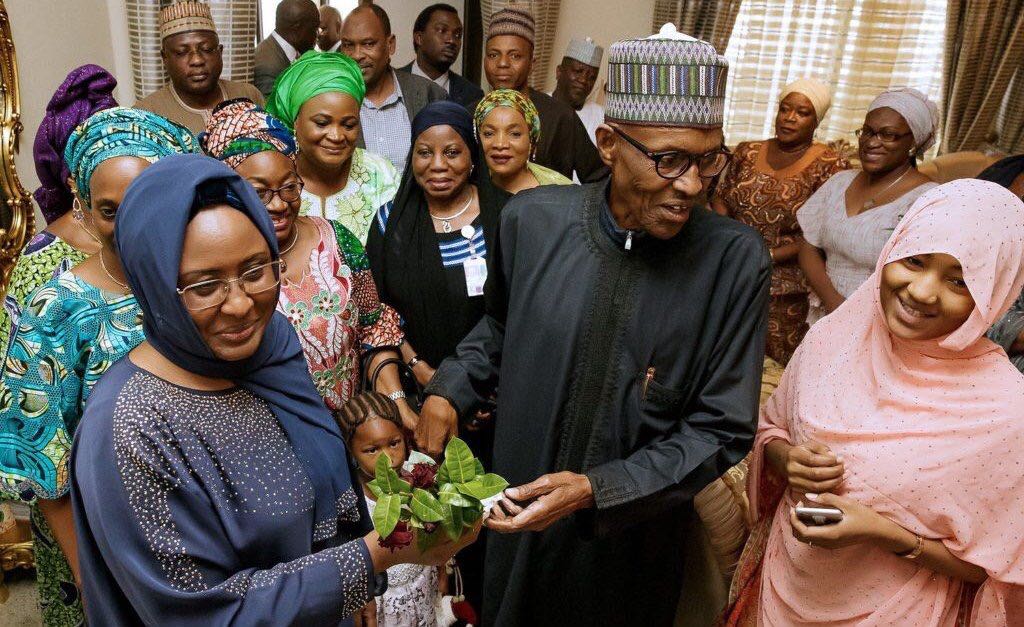 Nigerian President Muhammadu Buhari has said he has never been “so sick” as he has felt in recent weeks.

He was speaking to dignitaries in the capital, Abuja, after returning from seven weeks of medical leave in the UK.

His absence led to some anxiety in Nigeria with people speculating about the president’s health.

Vice-President Yemi Osinbajo was left in charge and Mr Buhari’s spokesperson has tweeted that he will formally return to power on Monday.

The 74-year-old flew into an air force base in the northern city of Kaduna from London on Friday morning.

Despite talking about how he felt, Mr Buhari did not reveal any details of his condition.

He did say he was “feeling much better now” but added that further medical checks would be required.

At the end of his nine-minute speech, Mr Buhari said that he deliberately came back towards the weekend “so that the vice-president will continue and I will continue to rest”.

One of his advisers tweeted that he was joking and his office has clarified that the formal constitutional procedure for him to retake the reins of power will happen on Monday.

What next for Buhari? Martin Patience, BBC News, Lagos

President Buhari was in good spirits, joking with senior officials and journalists.

But as his address went on the president appeared to ramble, referring to the importance of technology and education. He even urged Nigerians not to self-medicate.

These comments will do little to reassure critics who are questioning whether the president is fit enough to hold office.

His every public appearance in the coming days will be scrutinised with an unusual intensity for any signs of weakness.

Comparisons will also be drawn to the vice-president, who displayed an energy as acting leader in the past few weeks that was strikingly different to President Buhari’s own style.

The president may be back but for now it is not business as usual.