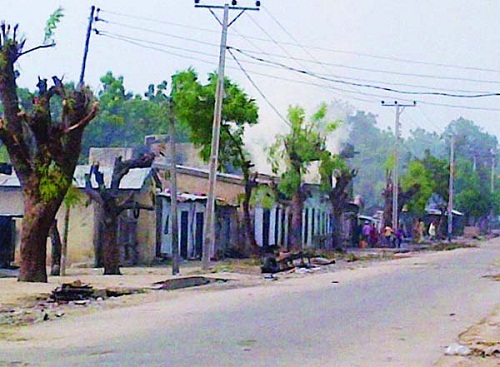 Nigerian troops have opened fire in the north-eastern city of Maiduguri, killing several people, believed to be civilians, eyewitnesses say.

The shooting came after a bomb blast targeting the army had injured two soldiers.

Maiduguri has been under siege from the militant Islamist group Boko Haram, which wants Sharia law in Nigeria.

On Sunday, the army said it killed 30 Boko Haram members in Damaturu.

Eyewitnesses in Maiduguri said soldiers began to indiscriminately open fire on residents and set fire to homes and businesses.

“But later they went on a shooting spree and started setting homes and shops on fire.”

Another resident said the soldiers “shot everybody in sight”. 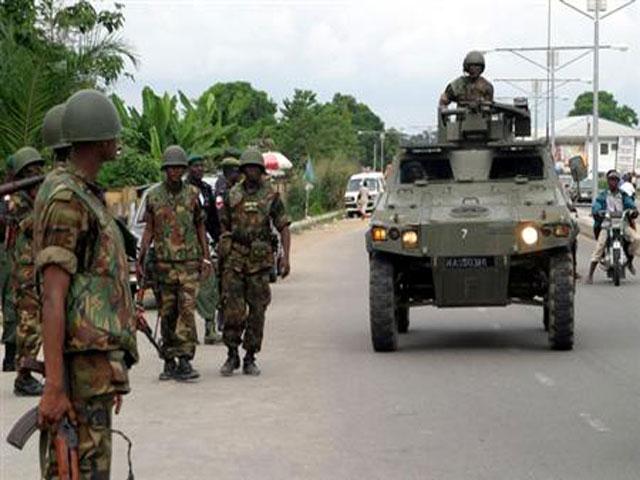 The number of people killed or injured in the incident has not yet been verified independently.

Army spokesman Lt Col Sagir Musa confirmed earlier on Monday that two soldiers had been injured in a bomb blast targeting an army patrol vehicle in the city.

He declined to comment on the latest shooting allegations. More than 30 people shot dead in northeastern city of Maiduguri after an army lieutenant was killed, media reports say.

Nigerian soldiers have shot dead more than 30 civilians in the northeastern city of Maiduguri after their colleague was killed, according to news agencies.

Monday’s attack was carried out by soldiers attached to a special army unit policing Maiduguri, the spiritual home of Boko Haram, an armed group that is fighting Western influence and wants to form an Islamic state, the Associated Press news agency reported.

The killings are likely stoke anger in a population already alienated by checkpoints, security force harassment and the threat of being killed by soldiers who are targets of Boko Haram’s increasingly bloody guerrilla attacks, AP reported.

It said its reporter in Maiduguri counted the dead while on a tour of the still-smouldering neighbourhood on Monday afternoon.

The journalist saw no weapons or evidence that the dead belonged to the sect, which has concentrated its attacks mainly in the predominantly Muslim north; the south is largely Christian.

A soldier nearby, who did not identify himself, claimed the attack was a response to a bombing nearby earlier on Monday that he said killed an army lieutenant.

“They killed our officer!” the soldier shouted. “We had no options!”

Al Jazeera’s Yvonne Ndege, reporting from the capital Abuja, quoted an army spokesman as saying that “there was an attack on an armed patrol vehicle in which it is believed two to four soldiers were killed”.

“The spokesperson did not give exact figures – he said that they [soldiers] did sustain casualties and that there were some injured security personnel,” she said.

The AP reporter said he saw about 50 homes as well as businesses burnt by soldiers. The premises are near the Nigerian Union of Journalists state office and other buildings in Maiduguri.

Rounds shot from the heavy machine guns destroyed cars and set roofs on fire, which razed buildings and caused damage at a two-story shopping complex.

The journalist accompanied Zanna Umar Mustapha, the deputy governor of Borno state, on the tour.

State officials declined to comment about the killings and urged those traveling with the convoy not to take photographs of
the destruction out of fear of further alienating those living in the region.

Nigeria’s military has been accused of committing so-called “extrajudicial killings” while in pursuit of Boko Haram.

The military also downplays its own casualties suffered during the operations.

Boko Haram has killed both Christians and Muslims in their attacks, as well as soldiers and security forces.
http://www.aljazeera.com/news/africa…857210581.html