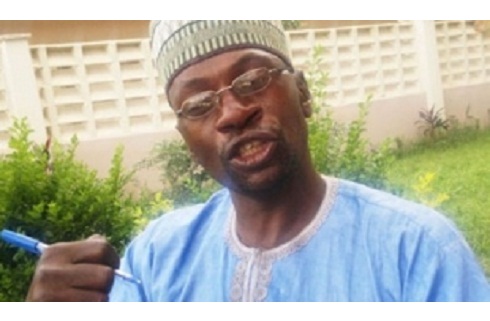 NewsRescue– Western Civilization and Democracy may be to blame for the insecurity, instability and failure of Nigeria. This according to an article published by the BBC on November 1st, written by Obadiah Diji, a Christian from Kaduna in North Nigeria, a region under threat from radical terrorist Boko Haram sect which has directly and indirectly caused the deaths of thousands of Nigerians of all faiths and walks of life.

In the BBC article, Diji the chairman of the Kaduna State chapter of the Youth Christian Association of Nigeria (Youth CAN) and leader of Christian/Muslim Youth Peace Initiative, says:

We need to ask: Was Nigeria right to adopt Western-styled democracy? …. Western civilisation has caused us more harm than good.

He expresses doubts in the products of the democratic dispensation in Nigeria. Nigeria has been ruled by military governments for a large part of its existence since independence. In the chairman’s views, even though he does not wish for military dictatorship, he sees that democracy, of the western style is not favorable for Africa’s populous nation, and he requests that Nigerians go back to the drawing board, tapping from traditional systems of governance to fashion out systems that foster peace, progress and development without creating the type of divisions, hate, violence and terror that the democratic eras have been known for.

It is a public secret in Nigeria that political rivalries and parties directly led to the establishment and arming of various thugs, later to become sophisticated terrorists.

This happened in the South in the name of MEND (Movement for Emancipation of the  Niger Delta), a group that reigned terror on Nigeria and reduced its oil output, hence affecting global oil prices and leading to hardship across the world, till the Yaradua government in 2009 resolved the crises by instituting an amnesty program.

The Boko Haram terrorist group, which operates out of the Kanuri dominated North Eastern states has also been directly linked to political thuggery, armed and utilized by political administrations of the states in the region.

Nobel Laurette, Wole Soyinka has attributed terrorism, including the radical Boko Haram’s activities to the leading political party in the nation, the PDP, whom he described as a ‘nest of killers’. Indeed many of the possible sponsors, interrogated or arrested in connection with the terror group have been politicians, senators, governors and the like.

In support of Diji’s position, political rivalry and dirty ethnic, social  divides are seen even in western democracies, as in African nations. This was observed during the recent elections in the United States. The re-elected black president, Barrack Hussein Obama, according to records, only got 30% of white votes, as deep lines and race, ethnicity and social class divisions were emboldened. The election was filled with tensions and hateful comments, reactions and speeches. In one of re-elected president Obama’s last campaign speeches, he noteably asked his supporters to vote for him in ‘revenge’.

See: NewsRescue– The Big Loser of the US 2012 Presidential Election

The CAN youth chair, Obadiah Diji questions western-civilization as a whole for possibly being the fault and flaw in the organization and success of the nation.

Although, most certainly not subscribing to the Boko Haram cowardly and insane reign of mad terror, he appears to relate to the publicized ideology of their founder, murdered Mohammed Yusuf, as their name Boko Haram translates- ‘western civilization is bad’.

Kaduna has recently been victim to senseless carnage by the Boko Haram sect, killing innocent Christians in Church as well as indiscriminate ‘reprisal’ attacks against innocents who appear to be Muslims, by angry Christian mobs. The state has a robust population of Muslims and Christians. Obadiah Diji works with other Christian and Muslim youth leaders to foster peaceful coexistence, cooperation and tolerance in the volatile state under threat.

Here is what he says in the BBC article:

We need to ask: Was Nigeria right to adopt Western-styled democracy?

After all, we did not have such high levels of violence during military rule.

This is not to say that we must give power back to the generals. Instead, we must look at the traditional systems of governance that we had before we were colonised.

Can we learn from those systems and change the way we are governed so that there is less corruption, less poverty and, ultimately, less violence?

Western civilisation has caused us more harm than good.

And today, it is Western government and companies that are the “merchants of death”. They – more than anyone else – manufacture and sell the weapons used in conflicts in Nigeria, and elsewhere. Read more...