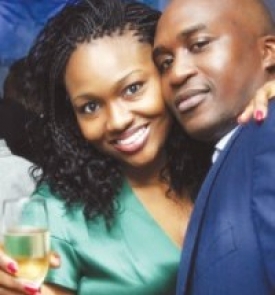 A top story on global media outlets like MediaTakeout.com; American born singer, Beyonce Knowles popularly as Beyonce will be packing her things and getting set  for yet another wondrous attention grabbing occasion as she performs at the wedding of Bella Adenuga, daughter of Nigerian billionaire Otunba Mike Adenuga, and Jameel Disu.

Niyitabiti.net earlier reported that Bella who is also an executive director in Globacom, her father’s telecoms company would be getting married to Jameel. They have both been an item in the celebrity circle for quite sometime. Bella is known as the favourite of Mike Adenuga, the African billionaire. Those in the know say this is reason Adenuga named his prime tower on Ligali Ayorinde Street, Victoria Island extension, ‘Bella’s Place’.

Jameel Disu’s father is also a top player in the financial sector. At the moment he works in one of the North African countries.

This will not be the first time a wealthy Nigerian would be bringing in 7 digit international star to perform in the country. Some years ago when Mohammed Babangida was getting married to his first wife Rahama Idimi in Minna Niger State, he contracted Femi Akande’s Kilimajaro to bring American R& B star,  Joe as a suprise package to his bride, who happens to be a huge fan of his songs. Mohammed, son of Nigeria former military President spared no costs at exciting his wife with Joe at the event live. Some say it cost him about 7 Million Naira. 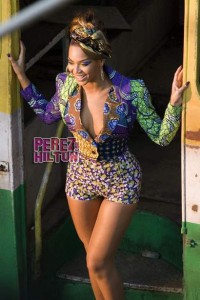 The Adenugas would be spending a rumored $2 million which translates to about 300 million naira to bring Beyonce the award winning American singer and wife of Jay-Z to Nigeria. Money really talks!

Famous entertainment mogul, Edi Lawani’s Paragonis company was contracted to provide ultra modern acoustic operations at the wedding and music equipment worth thousands of dollars was specially imported directly from USA through BuyDirectFromUSA in time for the wedding.

According to available information, The wedding between Bella Adenuga and Jameel Disu started on April 10 at the Oko Awo, Victoria Island residence of the Adenugas. April 10 was for the introduction, April 17 for the engagement and the White wedding will take place on April 24.