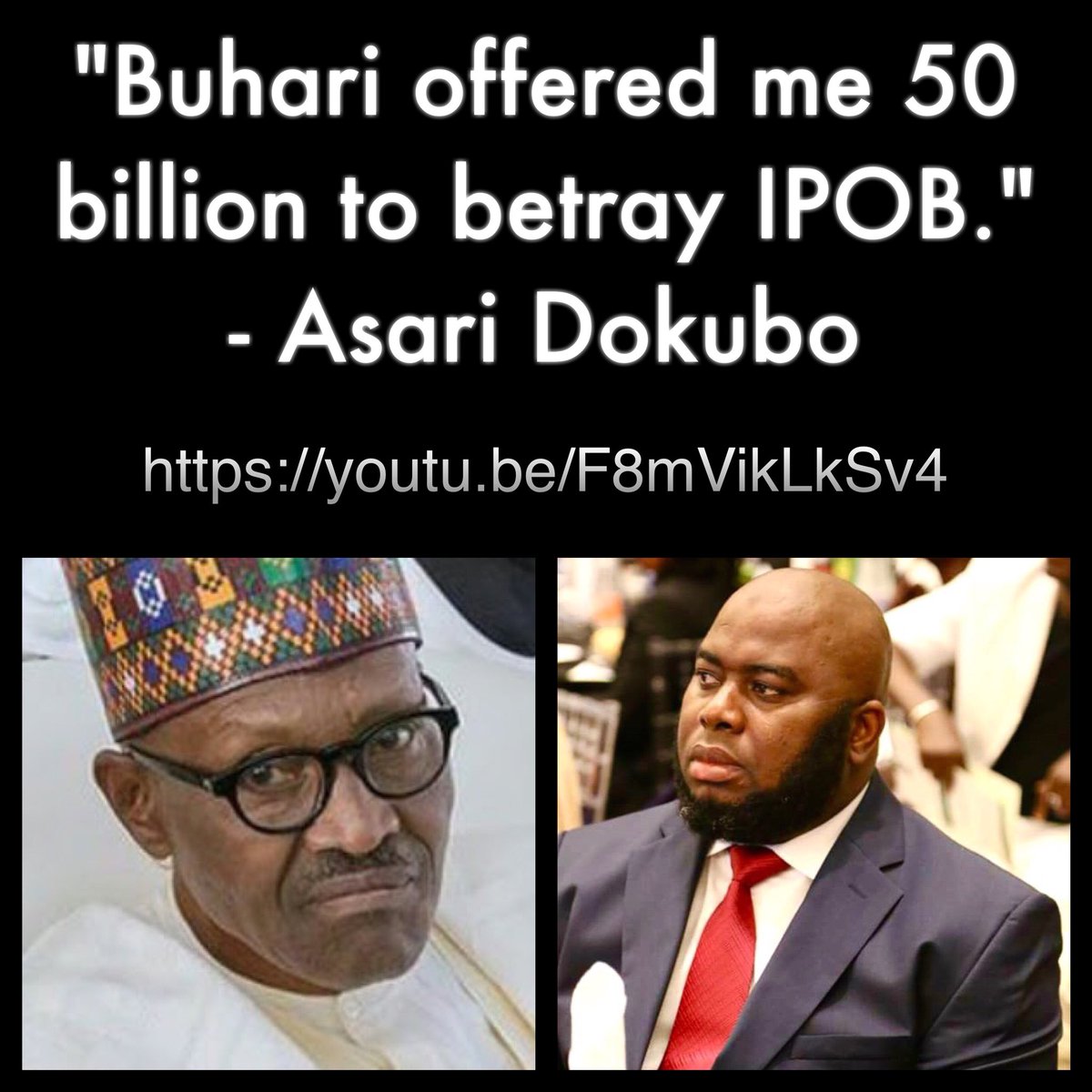 In view of secret negotiations, Dokubo’s claims are not so outlandish. Now missing IPOB leader Nnamdi Kanu made similar claims of the Buhari government offering him billions, oil wells and and property in Dubai.

It is further recalled that Buhari paid Boko Haram terrorists over $2 million in negotiations to free about 80 abducted Chibok girls during a phase of health-related political turmoil.

A forensic review of the entire tape of the attack on Biafra separatist leader, Nnamdi Kanu’s home on September 14th of 2017, was able to detect a voice that sounded like Nnamdi Kanu’s at at least two points in the recording.

The embattled Nigerian army in its first release two weeks after the purported attack has just said that “no one can find evidence it killed a single person.”

There is no indication of a full investigation yet by the Nigerian police and videos captured an un-cordoned home hours and days after the attack with passerbys freely invading the premises and able to tamper with evidence.

During the days of the attack, journalists operating in the area were also severely brutalized and their phones, tablets and other equipment were destroyed by men of the Nigerian army. See: http://sunnewsonline.com/swallowed-by-the-python/

Nnamdi Kanu and his parents have since not been found.